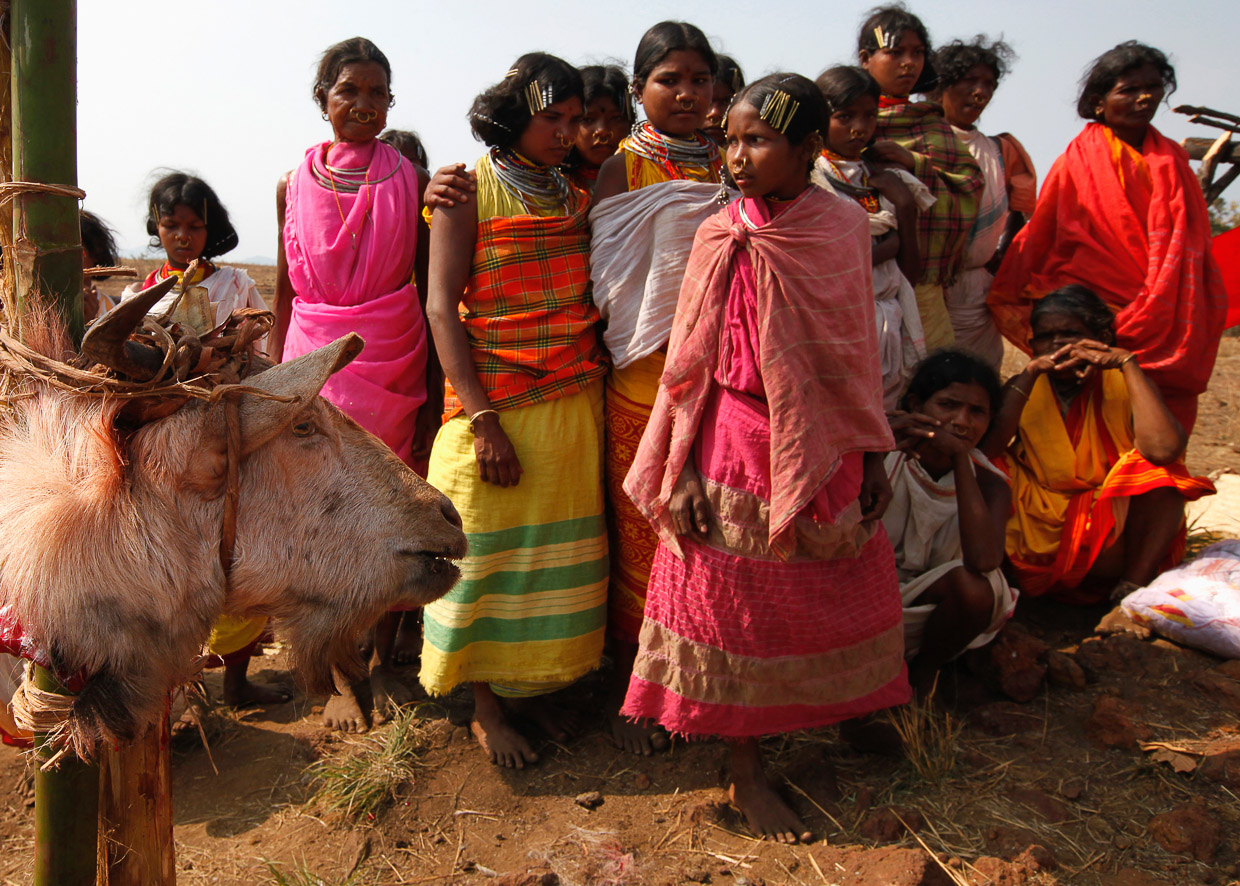 3/14
India
Members of the Dongria Kondh tribe with the head of a goat that they sacrificed on top of the Niyamgiri Hills, which they worship as their living God. The tribe protested against plans by Vedanta Resources in 2010 to mine bauxite from the mountain range near Lanjigarh, Odisha. Vedanta denied allegations that its planned bauxite mine will violate the rights of indigenous tribespeople. The plan was blocked by the Centre and Supreme Court in 2013, but the tribals are alarmed by a 2019 Supreme Court ruling, ordering eviction of over 11 lakh tribals whose land rights are not settled by the state governments.