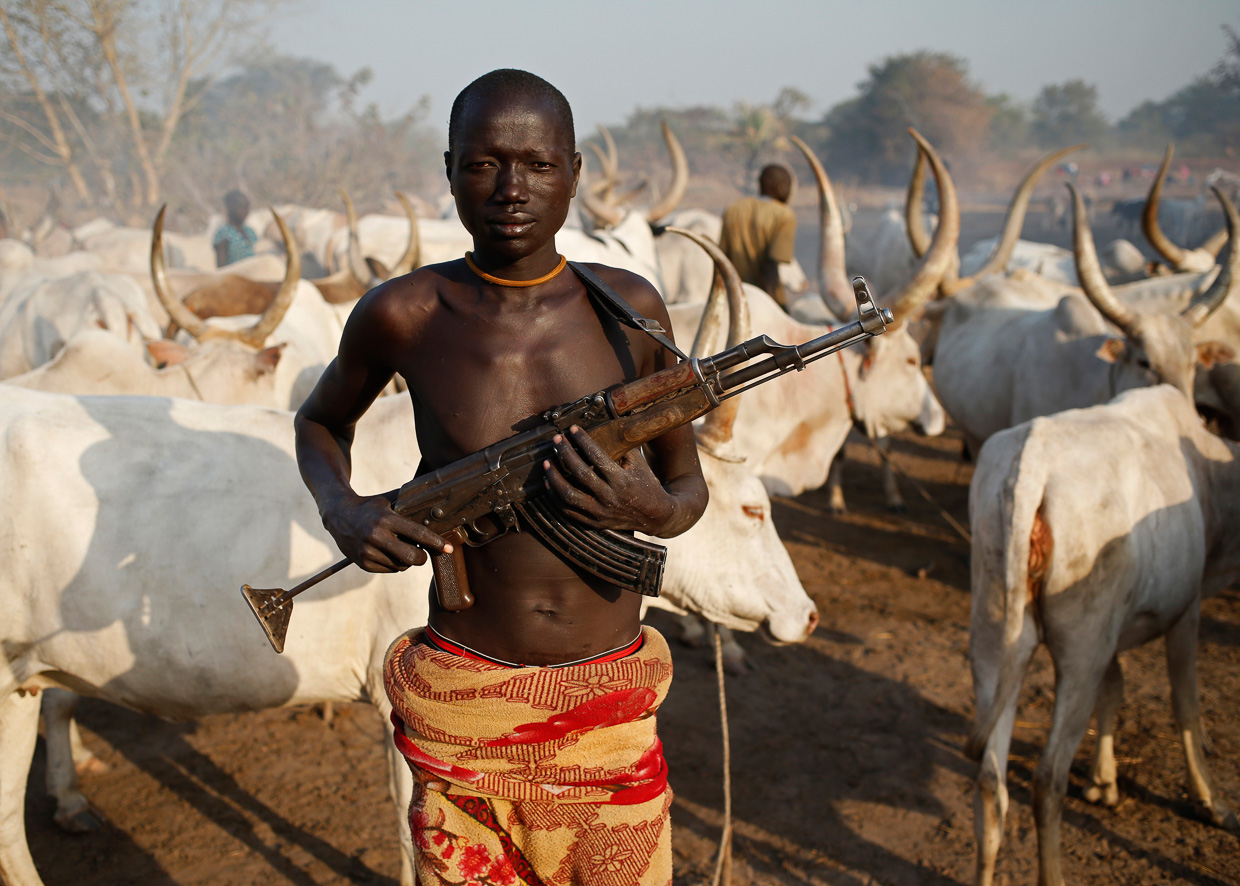 6/14
Sudan
A cattle herder from the Dinka tribe carries a weathered AK-47 rifle to protect his Zebu cows from cattle raiders near Rumbek in central South Sudan. After being embroiled in a decades-old civil war that has claimed over 2 million lives, the nomads have continued their age-old conflict with other cattle-keeping tribes. Armed raids to steal cows from the herds of enemy tribes have been commonplace since time immemorial. But the arrival of guns has changed these conflicts from hand-to-hand skirmishes with spears and bows and arrows to ambushes conducted by an enemy that often cannot be seen.