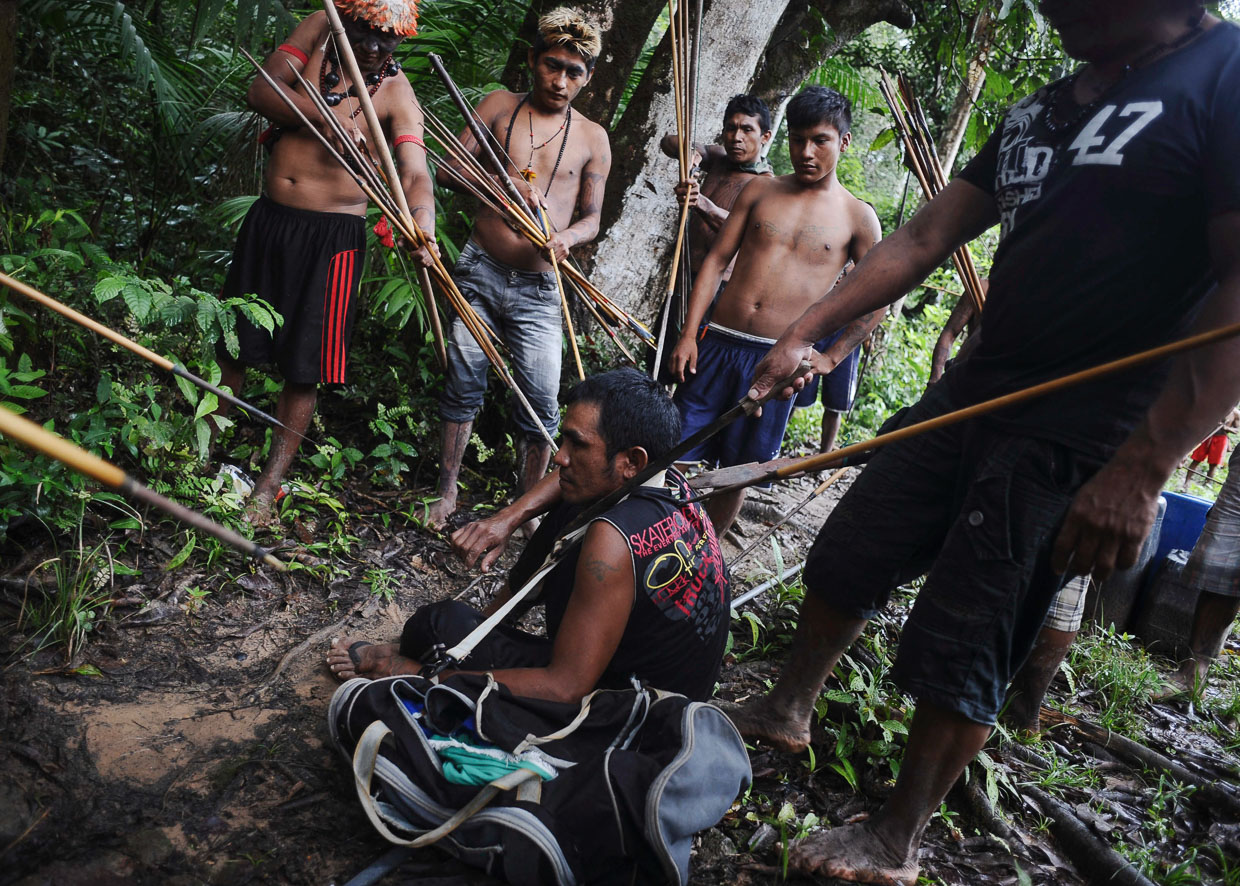 8/14
Brazil
B. Munduruku Indian warriors hunt and detain an illegal gold miner in their territory in Para state. Seeing their land encroached upon by wildcat miners in search of gold, the Munduruku decide to take the law into their own hands, rather than wait for a court’s decision that could take years. The tribe’s leaders had travelledto the country’s capital earlier to demand the federal government to remove non-indigenous miners from their territory.