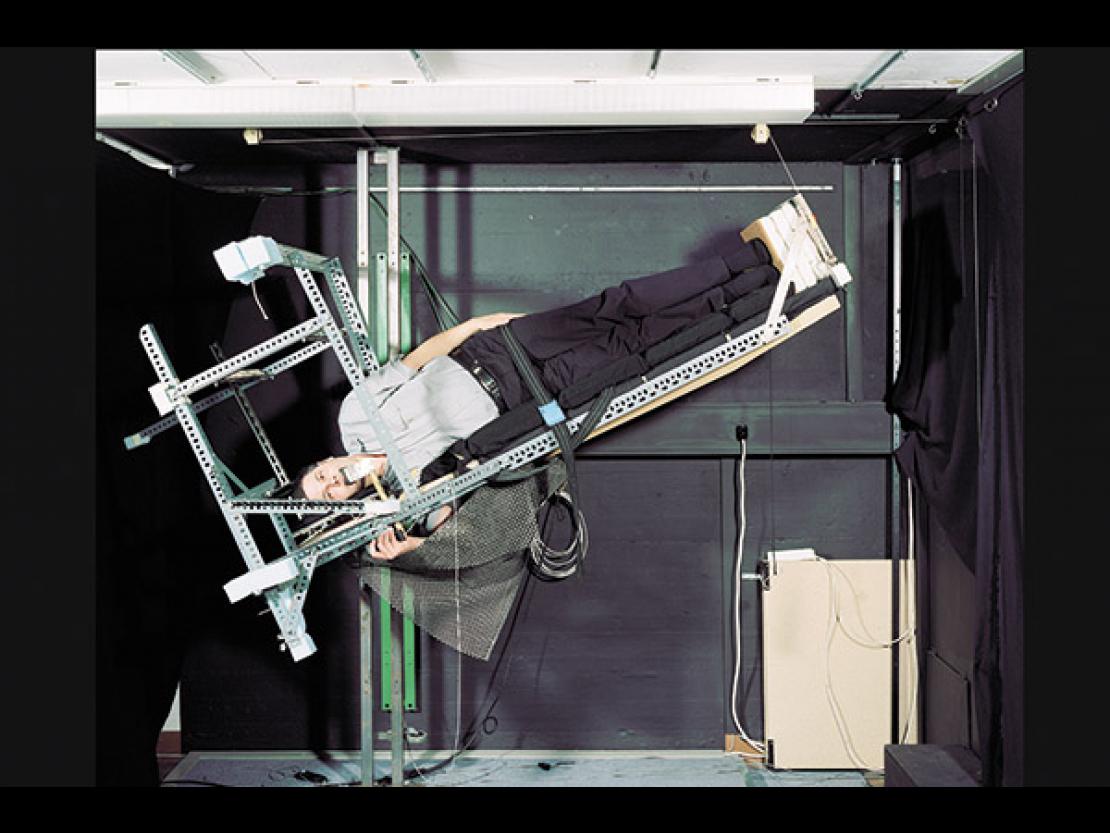 1/8
Department of Psychology - University of Zurich

I have a strange fascination  with science although I have no knowledge or training. I love the magic of it. Maybe it is a memory from early school days where experiments followed simple elegant rules. After that, life becomes complicated and contradictory.
In the beginning I started to shoot scientists in their labs. I concentrated on experiments with a human subject—I find it an allegory for a person’s endless curiosity. Meeting all the scientists in their labs was like meeting artists in their studios: Highly specialised, short on funding, but convinced of their groundbreaking work. A work that is always open-ended, subject to trial and error.
Laboratories and studios are spaces removed from the outside world where creative minds work with materials they consider interesting for their investigation. The parallels between artistic and scientific work led me to start my own experiments, creating my own magical world in my studio. Gordon McDonald (the founding editor of Photoworks magazine) described it aptly in an essay about my book: He called it “a beautiful futility”.

About the photographer:
Daniel Stier lives and works in London. In the first section of his book, Ways of Knowing, he chronicles the world of scientists. By omitting details concerning the actual experiment at hand, Stier invites us to reflect on images that express the human endeavour wrestling with technology in the great race to improve our lives. The book’s second section has images of laboratories and imagined experiments that he constructed in his studio.