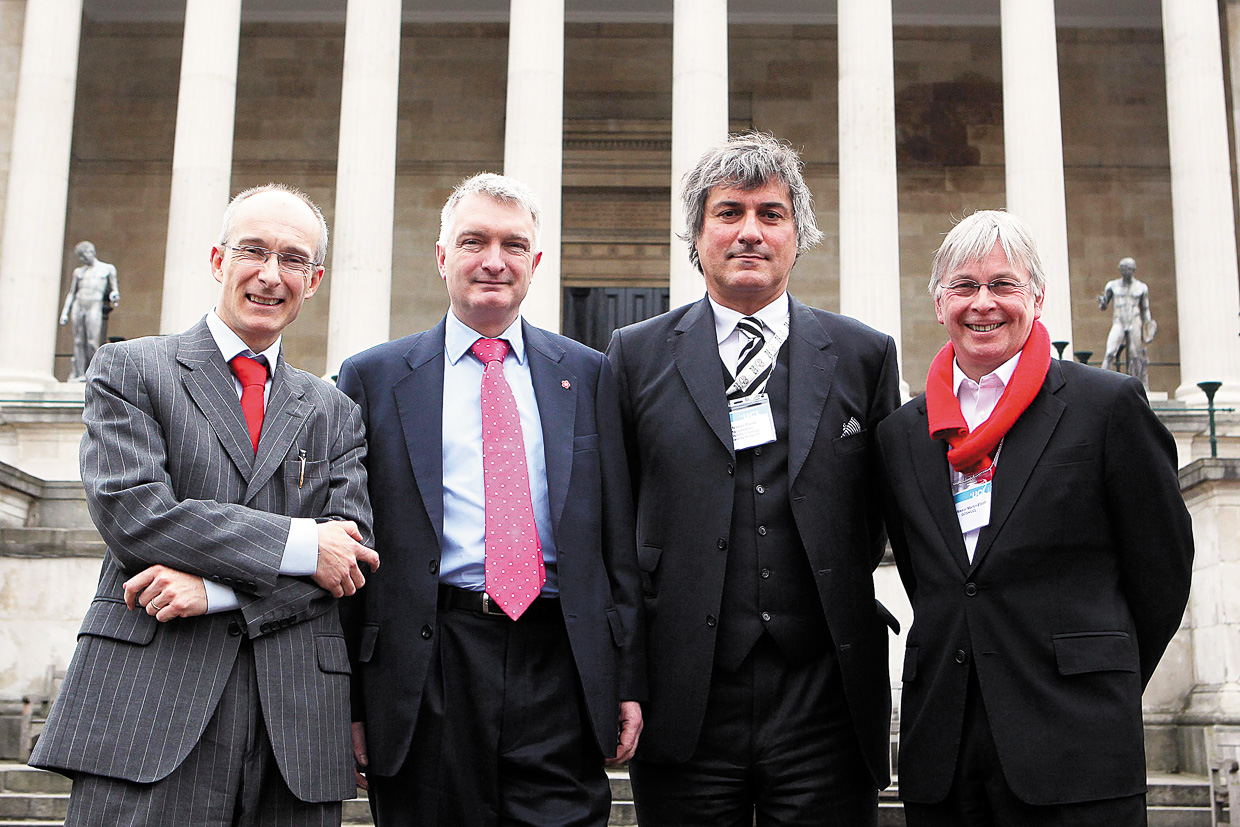 2011
In a major breakthrough for regenerative medicine, the world’s fi rst synthetic organ  transplant was conducted by Swedish surgeons, led by professor Paolo Macchiarini (second from right). A 36-year-old man, suff ering from terminal cancer of the trachea, received a completely new windpipe. The cells used to regenerate the trachea were the patient’s own, thus reducing chances of rejection by his immune system. Five years later, controversy would erupt over the transplant’s success rate.