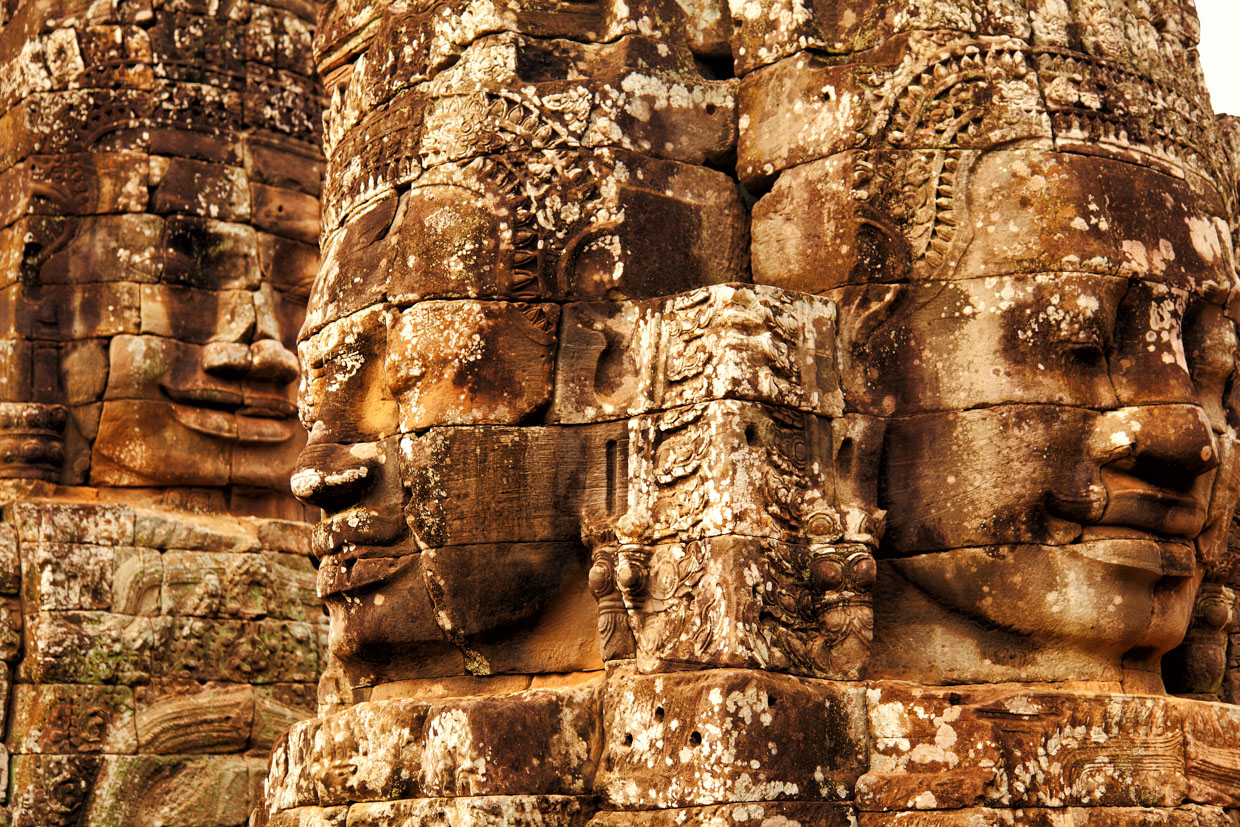 1/10
Angkor Wat, Siem Reap, Cambodia
Constructed in the early 12th century, the Angkor Wat ruins stretch over more than 400 square kilometres. It was built by King Suryavarman II, originally as a Hindu temple representing Mount Meru, the home of the Gods and dedicated to Vishnu, hence it’s orientation to the West. Angkor Wat gradually transformed into a temple of Buddhism, which continues to the present day. Angkor’s supposed decline has long occupied archaeologists. Data from extensive airborne study ever undertaken by an archaeological project, covering 1,901 sq km (in 2015) around Angkor shows that the colossal, densely populated cities would have constituted the largest empire on earth at the time of its peak in the 12th century.