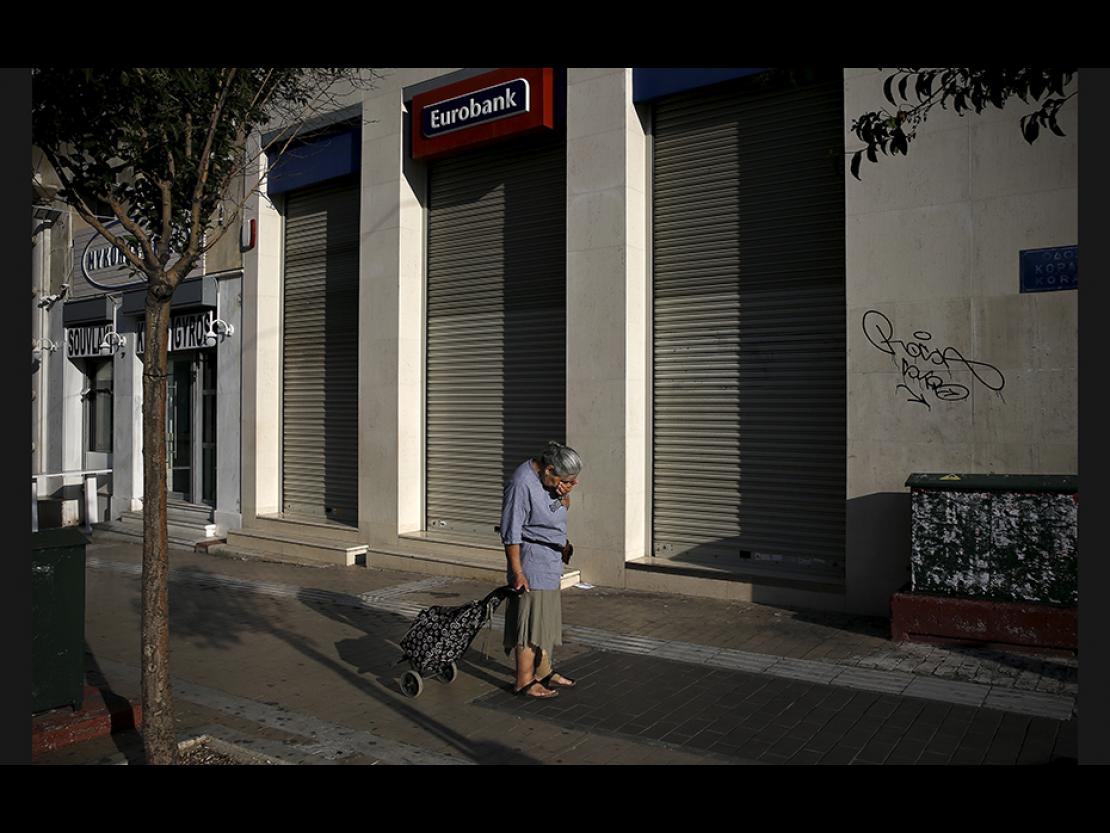 2/15
A woman pulls a shopping cart outside a closed Eurobank branch in Athens, Greece, on June 29. Greece had closed its banks and imposed capital controls to check the growing strains on its crippled financial system. Greek voters overwhelmingly rejected Europe’s terms for further bailout from its debt crisis in a vote that could see the nation exit the Eurozone. Greek Finance Minister Yanis Varoufakis resigned a day later