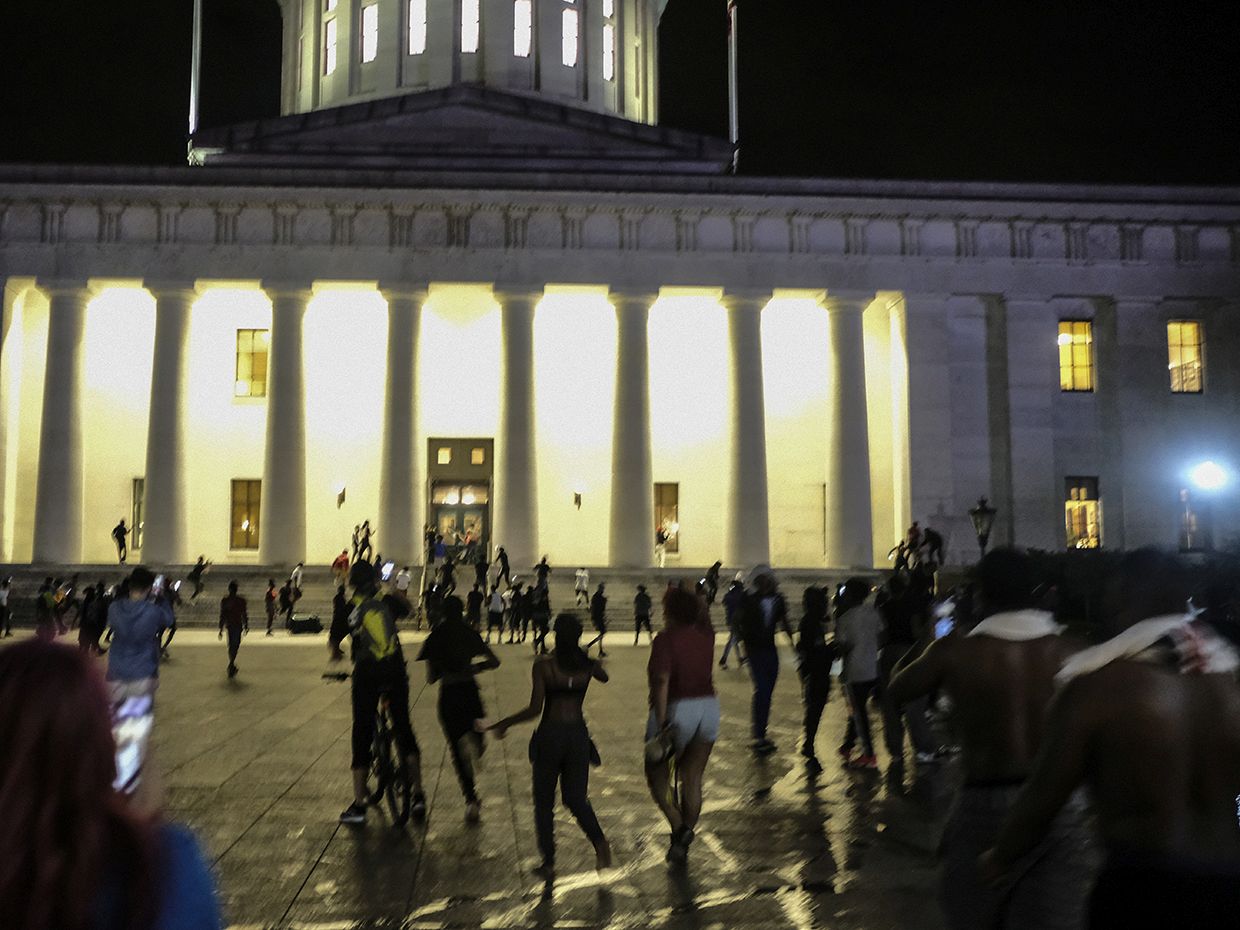 1/20
COLUMBUS, OH - MAY 28: After a brief skirmish with officers that resulted in rubber bullets and pepper spray being deployed, protesters flock towards the Ohio Statehouse where windows were smashed out and at least two men were detained. What started as a peaceful demonstration near the Ohio Statehouse in solidarity with other protests throughout the country against the killing of Minneapolis, Minnesota resident George Floyd, turned into a riot after police and protesters clashed on May 28, 2020 in Columbus, Ohio. As protesters dispersed, looters began smashing windows in buildings including the Ohio Statehouse and local retail on Broad Street in Downtown Columbus