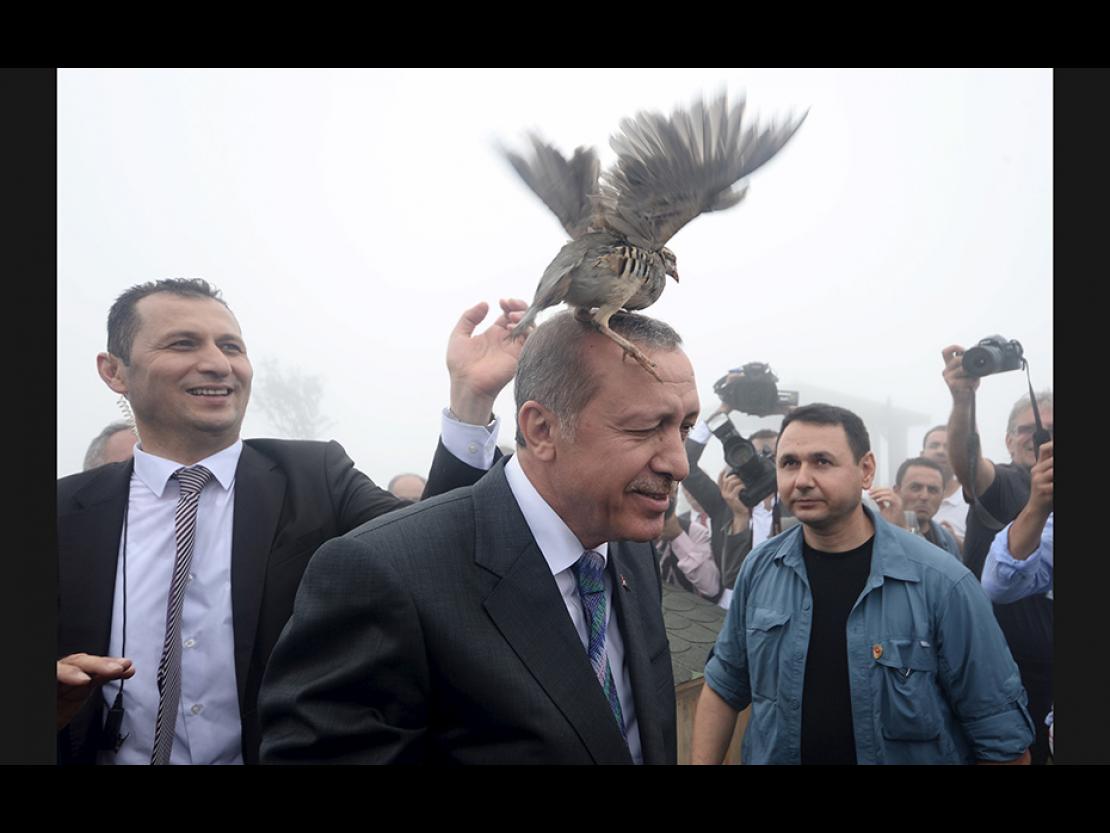 11/14
A grouse sits on Turkish President Tayyip Erdogan's head as he visits a facility in Rize, Turkey, on August 14. Turkey's nationalist opposition made it clear that it would not roll over and back a minority government, making Erdogan's aim of taking the country to a snap election with the ruling party in control look increasingly difficult. Talks on forming a grand coalition between the AK Party and the main opposition CHP broke down, making an autumn election almost inevitable and leaving the ruling party having to turn to the nationalist MHP for support