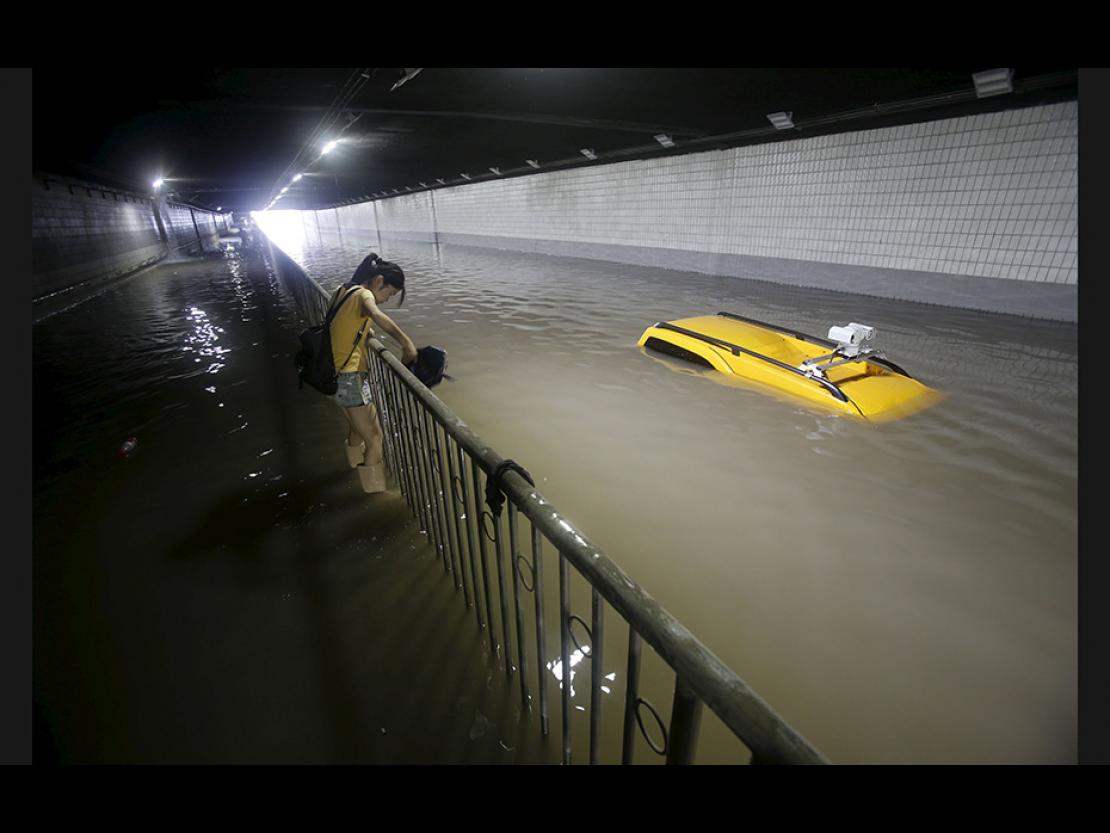 9/14
A woman walks past a stranded car as she tries to cross a flooded tunnel in Wuhan, Hubei province, China, on July 23. China was hit by Typhoon Soudelor which left 17 people dead. A heavy downpour also meant that several streets were flooded and public transport badly disrupted, causing inconvenience to citizens