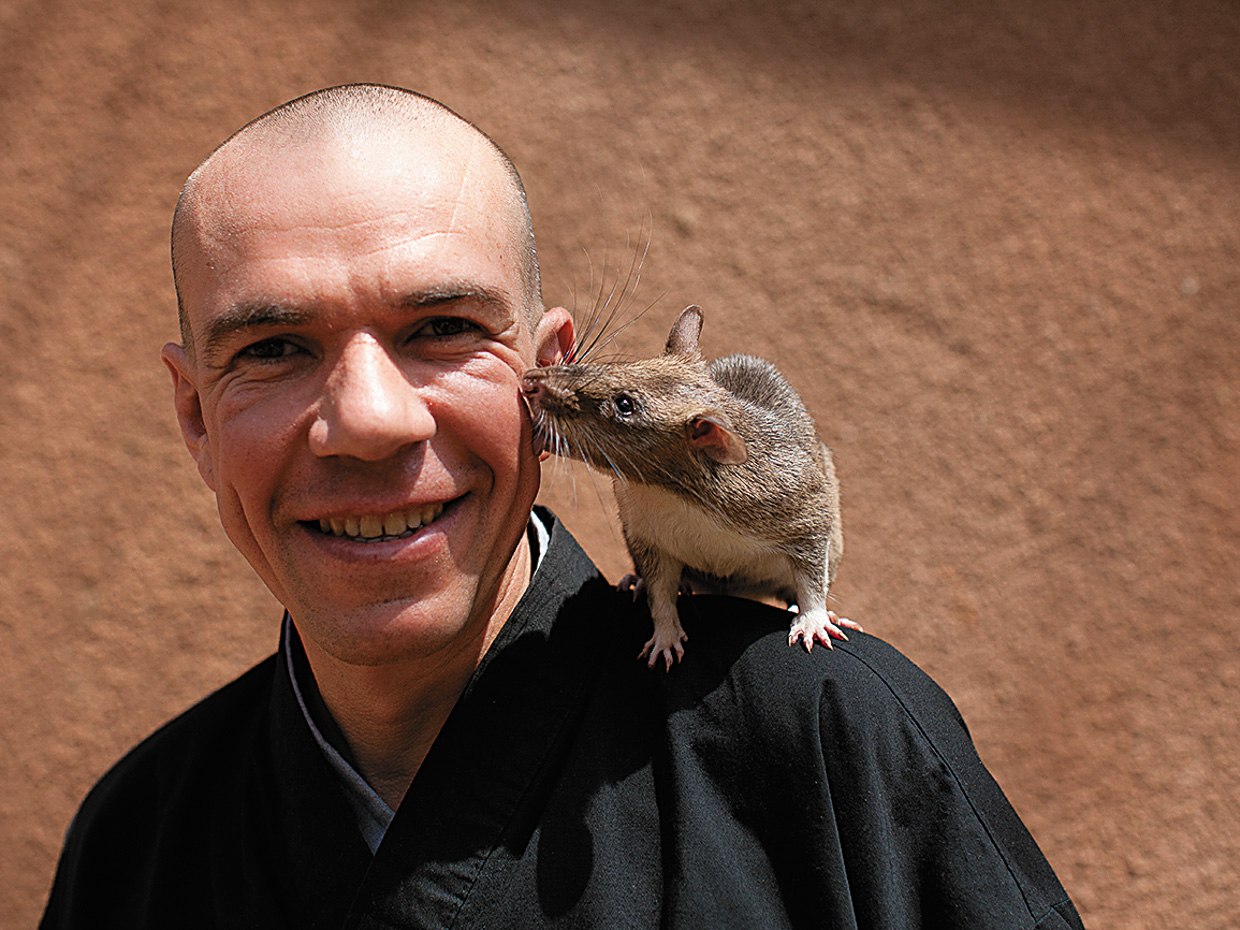 TUBERCULOSIS AND A GIANT RAT

Bart Weetjens, a Belgian product designer, had kept rodents as a child, and known their acute sense of smell, intelligence and ability to learn. His NGO Apopo has been screening samples from clinics in Tanzania and Mozambique since 2013, harnessing the unique ability of African giant pouched rats to sniff out the TB bacteria in sputum samples, which often escape detection by the microscope lens. According to the NGO, one trained rat can evaluate 40 samples in 7 minutes, which a laboratory technician can process in a day. The WHO estimates that 1.8 billion people—close to one quarter of the world's population—are infected with the bacteria that causes TB. In 2019, an estimated 10 million people fell ill with TB worldwide and health systems missed one-third of them. Undiagnosed patients can infect others with the airborne disease, which can be deadly if untreated.