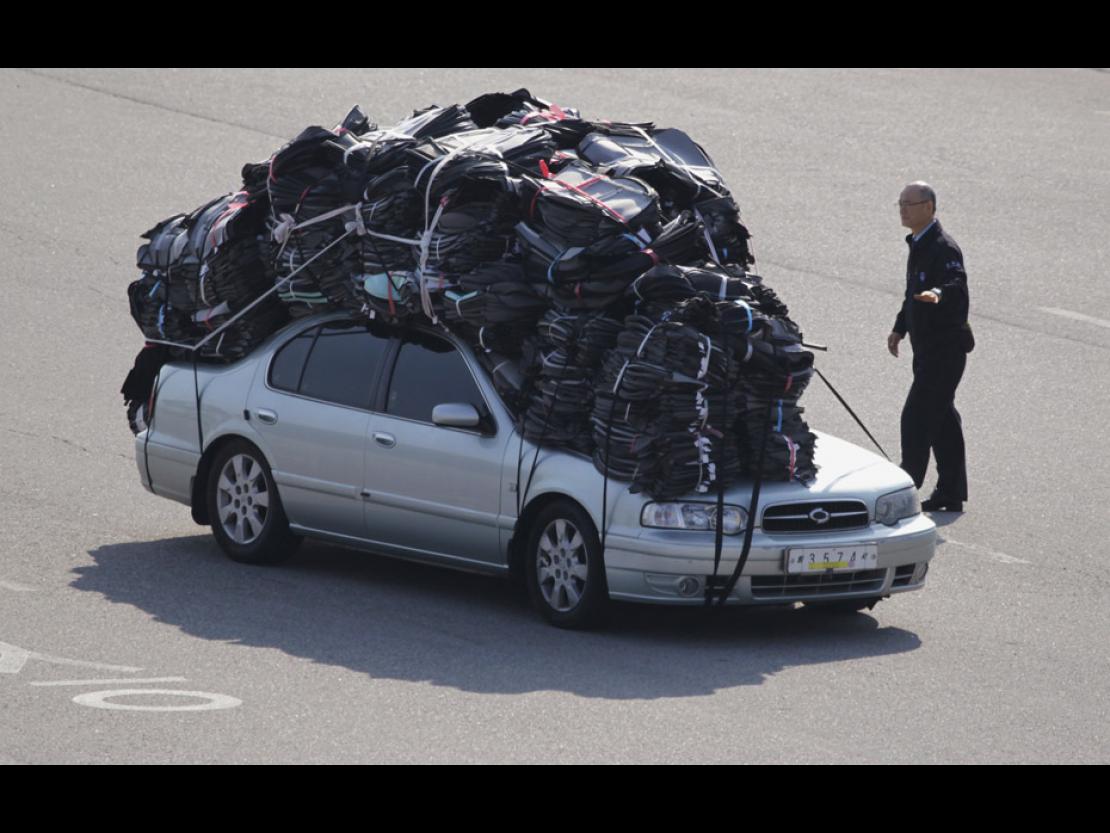 5/14
A customs officer checks as a vehicle of a South Korean company carrying products made in inter-Korean Kaesong Industrial Complex in North Korea arrives at the customs, immigration and quarantine (CIQ) office, just south of the demilitarised zone separating the North from South Korea in Paju, north of Seoul, on April 27. Pyongyang has rejected a call for formal talks to end a standoff that forced operations at the joint industrial complex to be halted. South Korea, in turn, has said it would pull out all its remaining workers from Kaesong