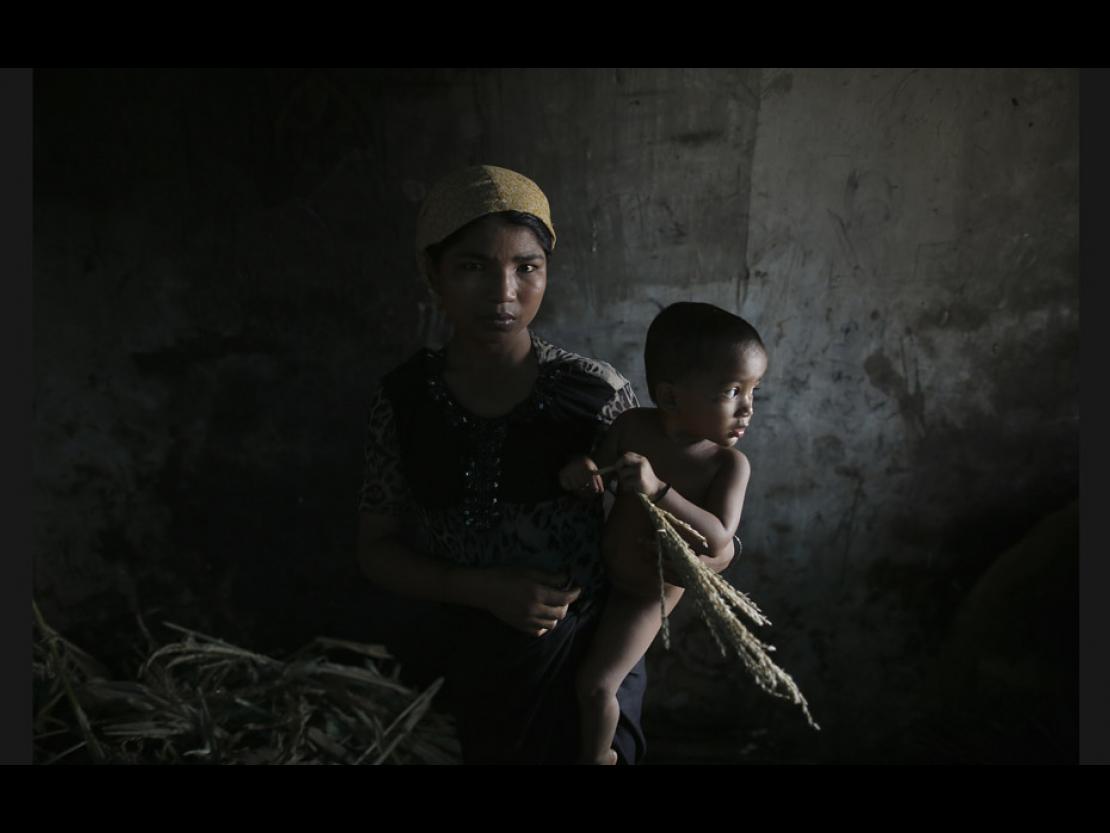 8/14
Hla Hla May, a Rohingya Muslim woman displaced by violence, holds her one-year old daughter Roshan at a former rubber factory that now serves as their shelter, near Sittwe on April 29. Myanmar must urgently address the plight of Muslims displaced by sectarian bloodshed in western Rakhine State and double the number of security forces to control the still-volatile region, an independent commission said