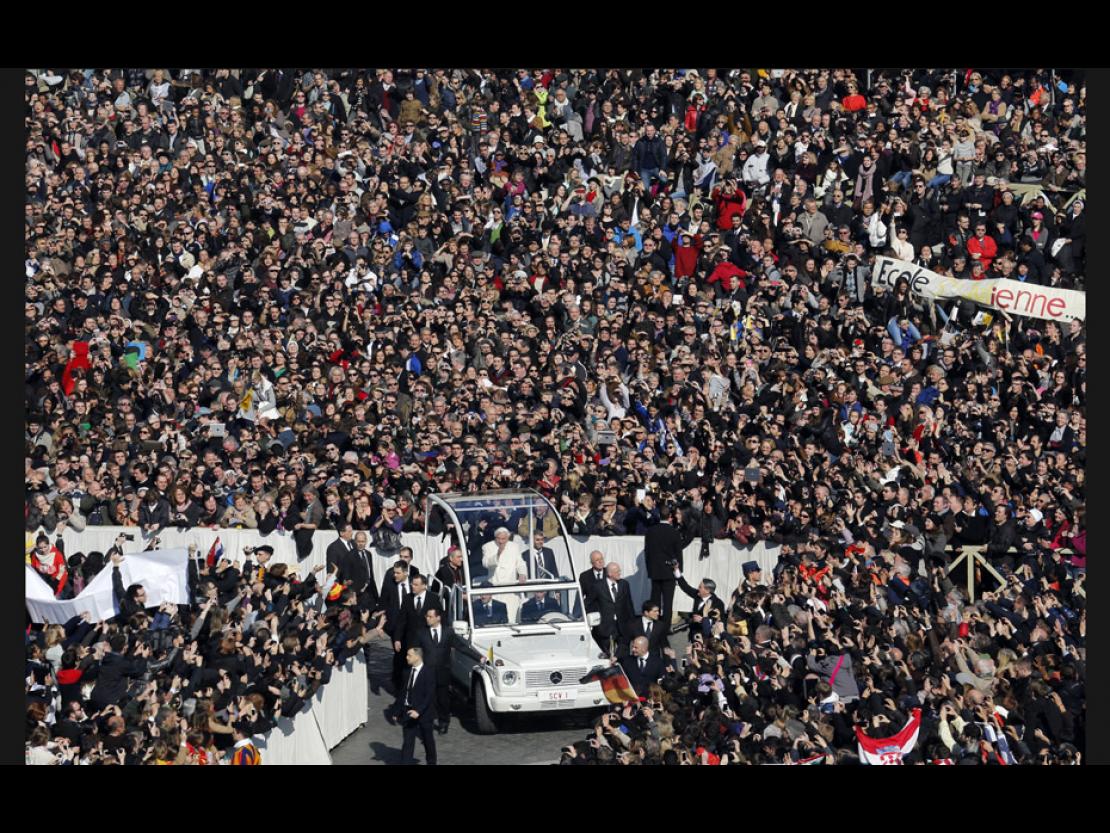 13/16
Pope Benedict XVI waves from his Popemobile as he rides through a packed Saint Peter's Square at the Vatican during his last general audience on February 27. The weekly event, which is normally held in a vast auditorium in winter, was moved outdoors to St. Peter's Square such that more people
could attend. The Pope took the historic step of becoming the first pontiff in some six centuries to step down on February 28 instead of ruling for life