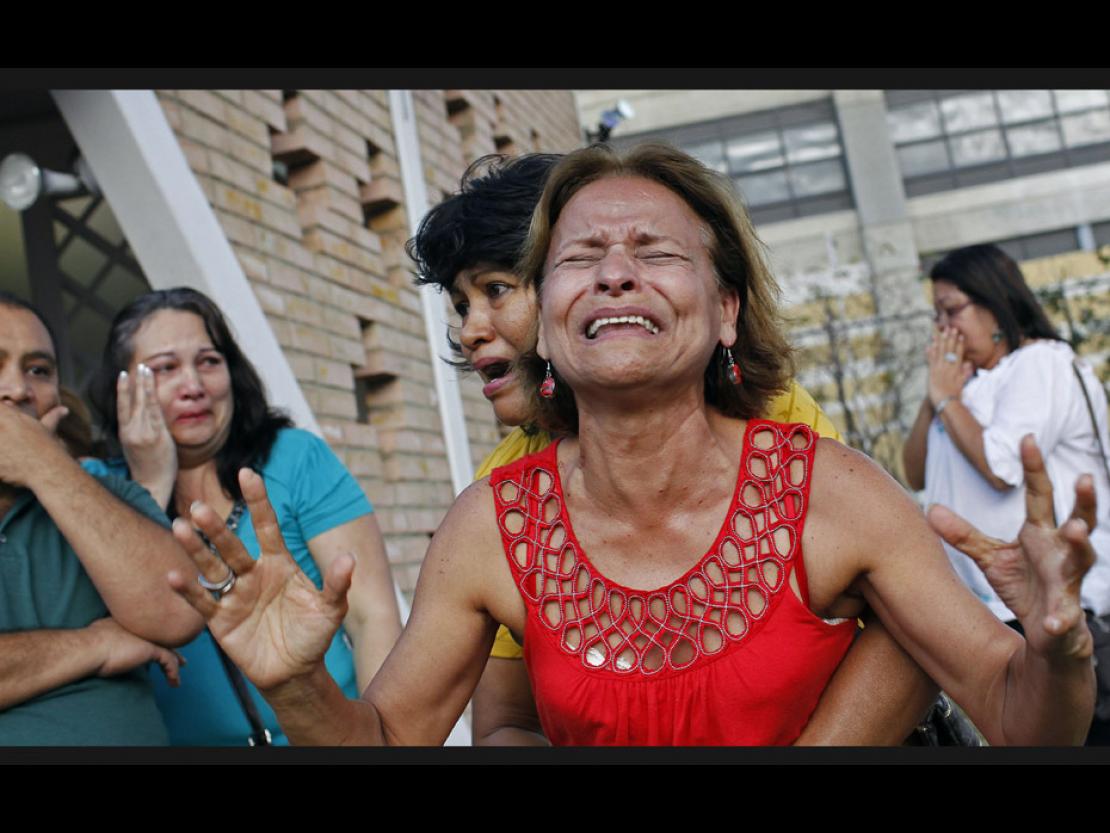 4/16
Supporters of Venezuela's President Hugo Chavez react to the announcement of his death on March 5 outside the hospital in Caracas where he was being treated. Chavez died after a two-year battle with cancer, ending the socialist leader's 14-year rule of the South American country, Vice President Nicolas Maduro said in a televised speech