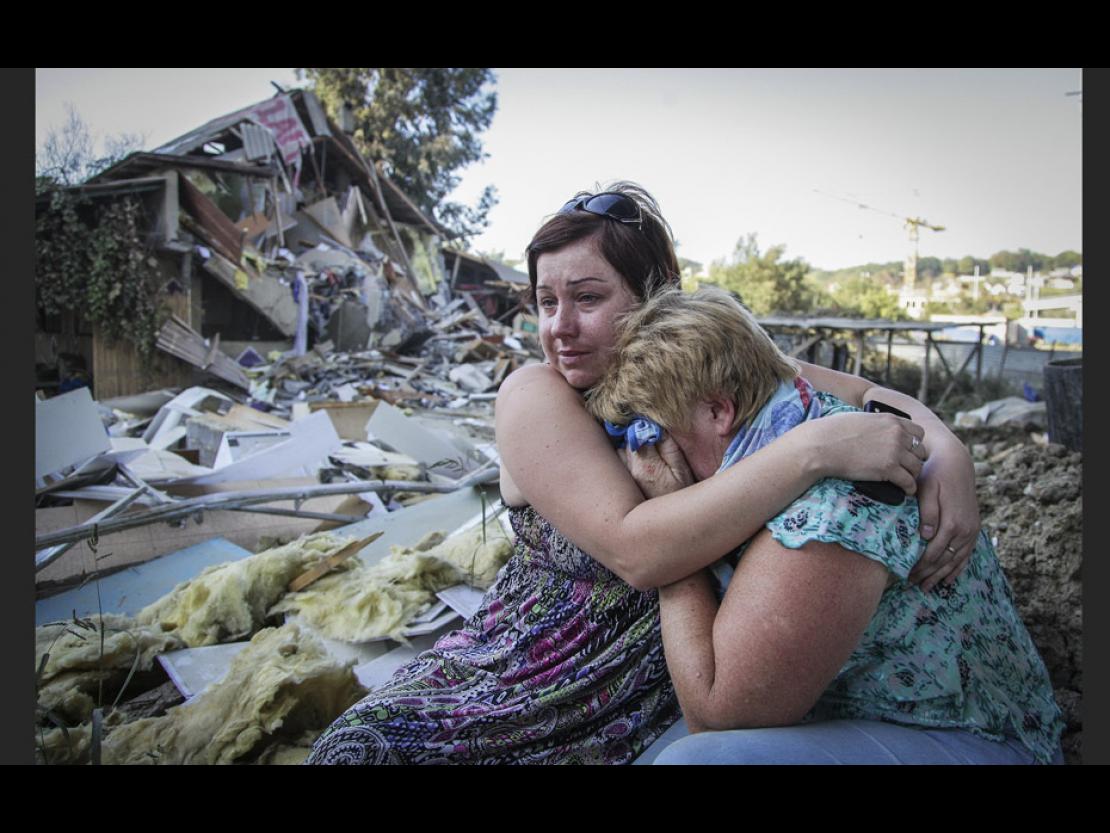 4/14
Tatyana Samokhval (L), daughter of local resident Sergei Khlystov, embraces her sobbing mother Valentina Khlystova in front of their partially demolished house in the Black Sea city of Sochi on September 19, 2012. The workers arrived at Sergei Khlystov's gate to bulldoze his home and clear a path for sewage pipes to the Olympic village being built in the Russian city of Sochi. The earthmovers ended Khlystov's battle to stay in his house, one of the last razed in the Mirny neighbourhood to make way for the Winter Olympics in 2014