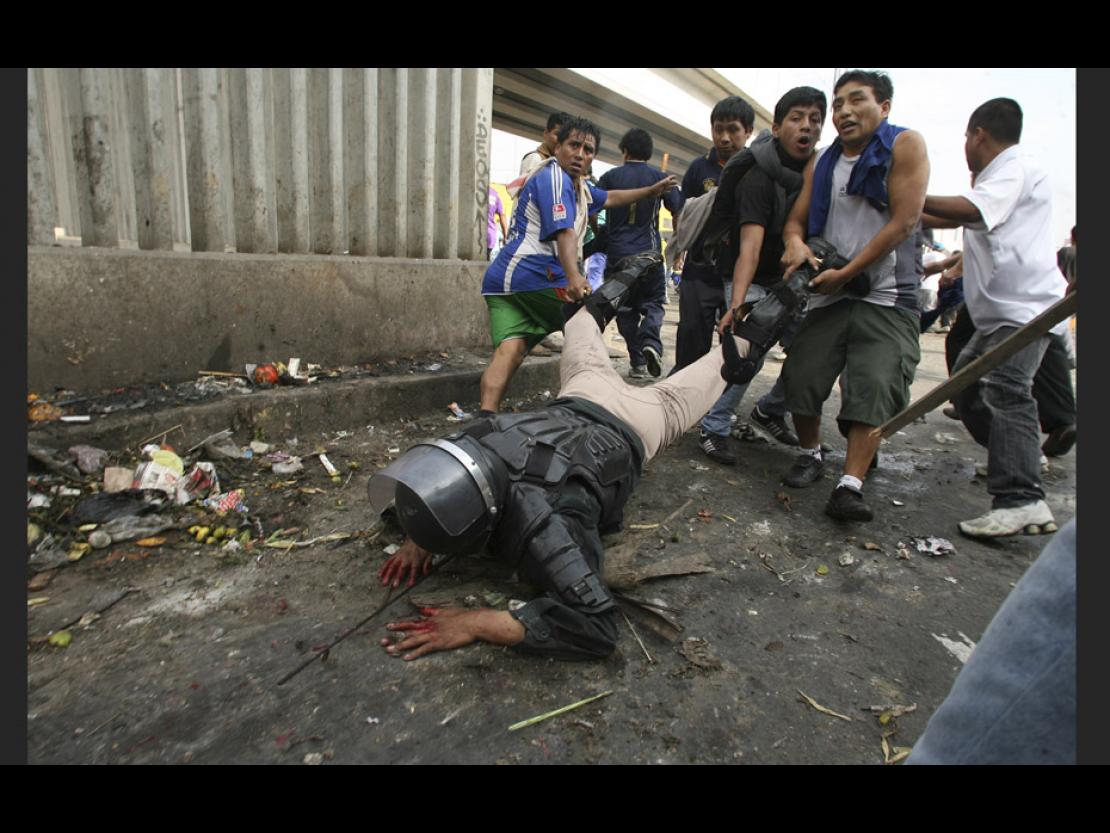 8/14
A riot police officer is dragged by protesters after being knocked down off his horse by workers of La Parada wholesale market in Lima on October 25, 2012. Clashes between the wholesale market workers and police officers erupted when concrete blocks were attempted to be placed at the entrances by local authorities to prevent market supply, reported to local media