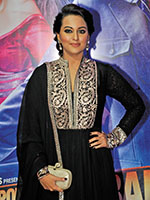 Sonakshi Sinha (Age 25)
It was her performance in Lootera that did the trick for her. Critics raved about her performance and the PETA-supporter bettered her ranking in this year’s list. With four movies scheduled in 2014, Sinha (Rank 25) looks like she’s here to stay.


Saina Nehwal (Age 23)
At just 23, Nehwal (Rank 36) makes it to the list for the second time. While her total earnings dropped to Rs 9.92 crore, she still made it to the list due to her strong fame rank. Nehwal plays for the Hyderabad Hotshots in the Indian Badminton League. 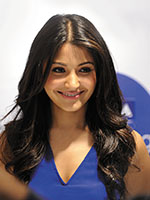 Anushka Sharma (Age 25)
Looks as if the Band Baaja Baaraat girl is here to stay on the list (Rank 31). She’s carved a niche for herself in the industry and is widely spoken about as a promising up and coming actress. With four movies releasing in 2014 and an ever increasing roster of endorsements, Sharma has a clear road ahead. 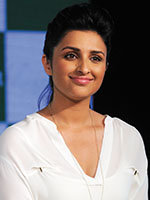 Parineeti Chopra (Age 25)
Debutante Chopra (Rank 77) is on our list due to a considerable increase in her fame rankings. The success of Shuddh Desi Romance gave her career a much needed boost. Her run looks set to continue with three movies slated for 2014 and a list of endorsements that can only grow.


Ravindra Jadeja (Age 24)
The left-handed middle order batsman makes his debut on the list (Rank 28). Like all cricketers, he did well in the fame rankings and his total earnings stood at Rs 16.58 crore. With a solid performance for India in the year gone by, he’s on track to do even better next year.

Tweets by @forbesindia
Methodology: How We Crunch The Celeb 100 Numbers
The Movers & Shakers of Film Production