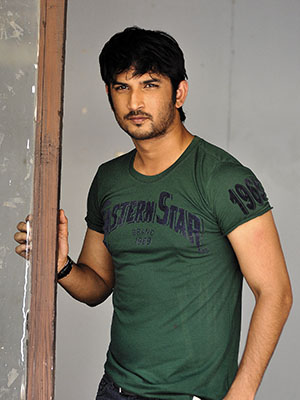 In his documentary photography book Living The Dream: The Life of The ‘Bollywood’ Actor, eminent shutterbug Mark Bennington writes, “In Mumbai, the Bollywood dream pours down like the monsoon, drenching every starry-eyed actor with hopes of fame and fortune.” Down the decades, small-screen actors have successfully transitioned into silver screen stars. The journey of India’s biggest superstar Shah Rukh Khan from TV to films is the stuff of legends. In the last one year, two names have stood out in this quest.

From Barry John’s theatre classes to the quintessential lover boy of prime-time TV to the graceful dancing star who made Madhuri Dixit misty-eyed with his acts in Jhalak Dikhla Jaa 4 to a blistering debut in Kai Po Che! to being touted as “the next big thing” (and the “next SRK”), Patna-born Rajput has come a long way from being a background dancer at the 51st Filmfare Awards.

A film critic wrote about his performance in Kai Po Che!: “The actor has an indescribable presence, and it’s clear from his confidence and distinct likeability that a star is born.”

Today A-list producers are queuing up to sign him while new-wave directors are eager to explore new subjects riding on his acting skills and appeal. He’s the next Byomkesh Bakshi in Dibakar Banerjee’s adaptation of the detective series; he has replaced Hrithik Roshan in Shekhar Kapur’s (who said “Sushant is one of the most inspiring young actors to emerge out of India”) much-awaited Paani; and is acting with Aamir Khan in Rajkumar Hirani’s Peekay. 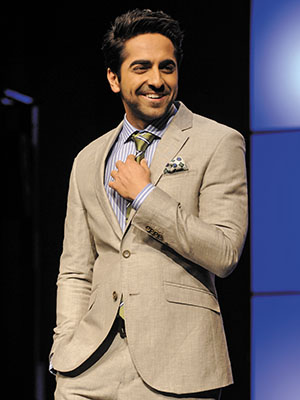 Seven years and multiple TV stints—talent-hunt winner, VJ and reality show host—later, the Chandigarh lad switched to the silver screen in 2012 with Shoojit Sircar’s Vicky Donor. Khurrana charmed audiences with his performance as a sperm donor; he also penned lyrics, scored music and lent his voice to Pani Da Rang, the Punjabi love ballad that topped the year’s music charts. He went on to pick up two Filmfare awards, and a host of other accolades for his efforts in the film.

The versatile Khurrana made his second splash with Nautanki Saala. Though the film fared moderately, he was lauded for his comic timing and composing two songs, O Heeriye and Saddi Gali.

While his raw talent has wooed critics and filmmakers of repute, his easy on-screen and off-screen persona has made him a hit with fans. Women find him adorable and men, especially young television actors who dream of having a film career, continue to get inspired by him.