Kollywood film actor Vijay is ranked No. 31 on the 2017 Forbes India Celebrity 100 list 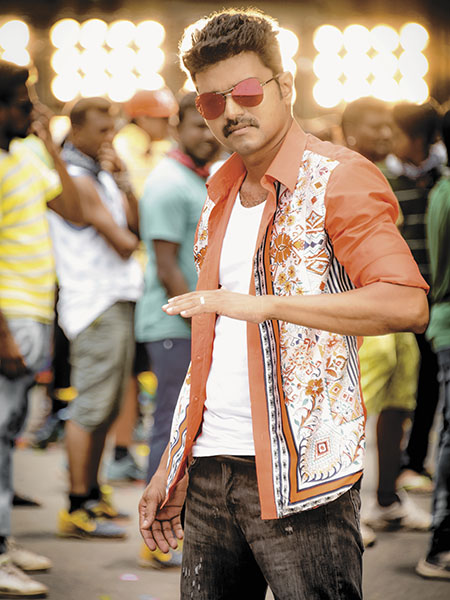 Vijay (43) had a blockbuster 2017, starting on a high note with the Tamil action film Bairavaa, which garnered ₹100 crore within four days of its release in January. The Tamil superstar continued his strong run at the box office with his second film Mersal, an action-thriller. According to Forbes, Mersal is among only three Tamil films to touch the ₹250-crore mark in worldwide box office collections. (The other two are Rajinikanth’s Enthiran in 2010 and Kabali in 2016.) As one of the most bankable actors in Kollywood, Vijay is seen as the successor to Rajinikanth’s supremacy at the box office.
View Complete List: https://www.forbesindia.com/lists/2017-celebrity-100/1665/1