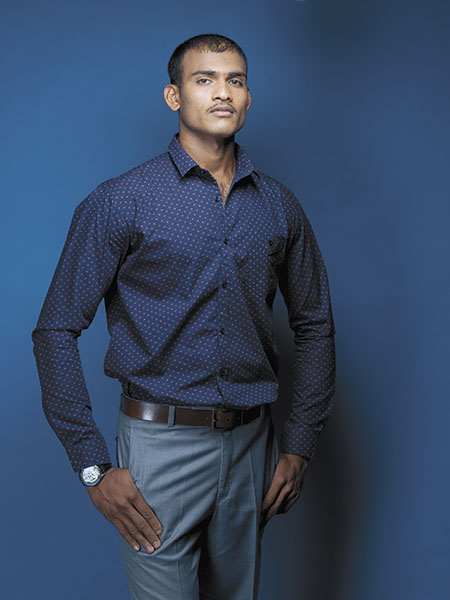 Sports was never Dattu Bhokanal’s thing. Not even the odd cricket match, usually considered a rite of passage for kids in India. Once he completed his 10th standard, he was busy helping his family make ends meet. His father, a well-digger, passed away in 2011 and, to overcome the economic hardships that ensued, Bhokanal joined the army the next year.

During his training with the Bombay Engineer Group in Pune, the 25-year-old was noticed for his over-6-foot frame and broad wingspan, and pushed into rowing. At that time, water was an unknown quantity to the boy from drought-prone Manmad (in Maharashtra): He didn’t know swimming and panic gripped him every time he toppled into the pool while balancing himself in the boat. His only motivation to continue was a lesson that was hammered into him since childhood: To never give up. “I just kept at it and everything else fell into place,” says Bhokanal.
CLICK HERE TO VIEW THE FULL 30 UNDER 30 LIST

His grit and gumption came to fruition in 2016, when he qualified for the Rio Olympics and achieved a 13th place finish in men’s single sculls, the highest ever rank for an Indian rower in the history of the Games. His silver-winning performance in the qualification event in South Korea and Olympic glory subsequently came despite personal tragedy. His mother suffered a brain injury in an accident in April 2016; her condition remained critical for months before she succumbed at the end of the year. But Bhokanal remains unflinching about his focus: Medals in the Jakarta Asian Games and the Tokyo Olympics in 2020. Says Ismail Baig, the chief coach of the national rowing team, “Single sculls is a lonely category. You have to plan your play and perform on your own. Despite personal odds, Dattu has done that to perfection, displaying supreme dedication and confidence in his abilities.”

Bhokanal’s learnt to swim against the tide. And he’s doing it well.