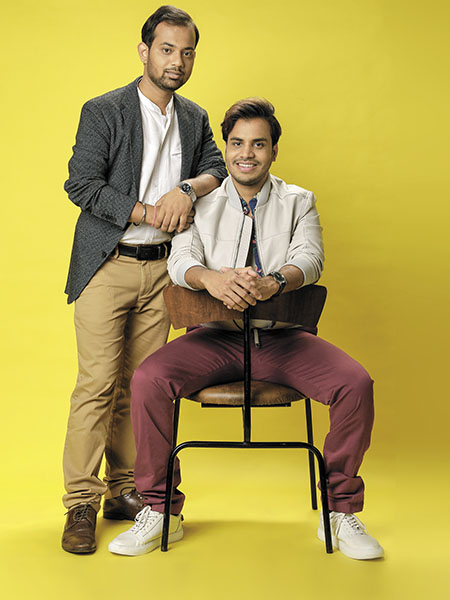 
Manoj Meena | 29
Sibabrata Das | 27
Co-founders, Atomberg Technologies
For decades now, fan manufacturers everywhere have honoured the dictum, ‘if it ain’t broke, don’t fix it’. The top brands in India seem content with their ₹6,500-crore market, growing at 10 percent year-on-year. The lack of disruption has meant that the underlying design of ceiling fans has remained unchanged for years.

But where top ceiling fan makers saw precision, electrical engineer Manoj Meena identified a lack of innovation. “A conventional ceiling fan consumes 70 watts of power as energy is wasted inside the induction motor,” he says.

To change that, in 2012, Meena decided to create fans that run on brushless DC motors (BLDC). “I was clear that I had to create an energy-efficient product,” says Meena. The payoff for three years of iterations was the 28-watt Gorilla fan, which his company Atomberg Technologies markets as India’s most energy-efficient fan. “Priced above ₹3,500 a unit, convincing households to switch to Gorilla fans might seem difficult, yet Atomberg will close FY18 with sales of 1 lakh units,” says Sibabrata Das, Meena’s friend from IIT-Bombay who joined him in 2013 and has been responsible for scaling up the brand.

Atomberg, which has a manufacturing unit in Navi Mumbai, has plans to apply the BLDC technology to other home appliances, too, starting with air coolers later this year.