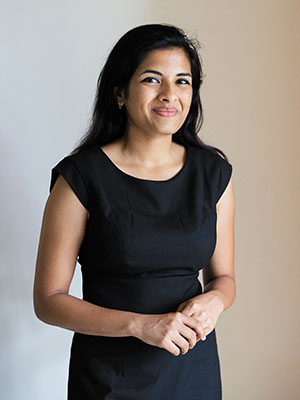 Call it providence. Twelve years ago, Neeti Kailas happened to walk the corridors of Ahmedabad’s Vikram Sarabhai Hospital. She was a student of product design then, at the National Institute of Design (NID)  and was trying to ascertain potential project ideas—design problems she could find solutions to. That walk turned out to be a game changer. All around her, she could see things that needed fixing. Kailas decided that she was the woman for the job.

The young designer is now co-founder and director at Sohum Innovation Lab, an initiative that thrives on high-impact, affordable health care projects. Prominent among her design solutions has been a non-invasive, portable diagnostic device to facilitate routine screening of newborn babies for hearing loss. This product, created in 2014, has the potential to help children at the fundamental stages of development. It earned her the prestigious Rolex Award for Enterprise last year.

Her keenness for problem-solving through design has spread its wings beyond the Sohum project. She also serves as a design strategist at Nestle, St Louis, USA, accelerating innovation and integrating design thinking into the business, end-to-end.

But her pet project is the innovation lab in India. She begins each day with a concall with her team here, discussing ongoing projects and those in the pipeline. No stone is left unturned to make the venture socially and financially sustainable. And, thus far, accolades have poured in plenty. The project has received coveted grants, including the Grand Challenges Canada (which supports bold ideas  with a big impact on global health.)

There is, however, the matter of scalability. Kailas and her partner/co-founder Nitin Sisodia are now scouting for strategic tie-ups. “We are looking at investments by people whose objectives are aligned with ours. So far we have been working on grants and savings,” says Kailas.

The businesswoman in the designer kicked in quite early. Consider that while at the Art Center College of Design in Pasadena, California, Kailas focussed on bringing new ideas to the market as well as on contextual innovation. “In her time with us at Art Center’s Graduate ID [industrial design] department, Neeti distinguished herself with her persistent and clear focus on goals. She elected to take advantage of Art Center’s joint study programme with INSEAD, and as a result became very serious about the business aspects of design,” says Katherine Bennett, associate professor, grad and undergrad industrial design, humanities and science, Art Center. 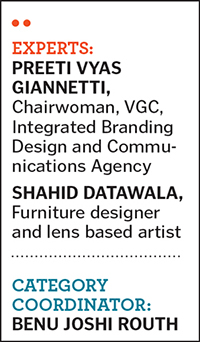 Unsurprisingly then, Kailas set up Sohum Innovation Lab in 2012, along with Nitin Sisodia, a fellow NID-ian. For a while, the two performed the multiple roles of peon, CEO and accountant themselves. Today, they have a team of 10, comprising hardware engineers, software engineers and designers. They approach their work by consulting doctors and have even signed an MoU with Manipal College of Allied Health Sciences. They are also partnering with Delhi’s All India Institute of Medical Sciences.

Ten years on, Kailas wants to have played a key role in changing the face of affordable health care solutions. It could be through a device, a partnership, an app, an awareness campaign, or a service. Call it choice. And she has plenty of it.