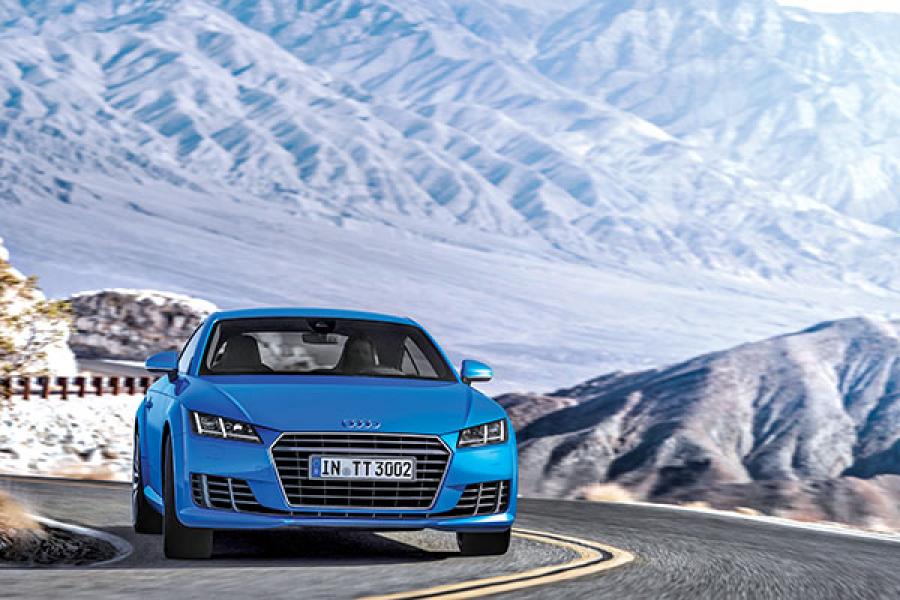 The TT was the first Audi production model to break the bounds of the Volkswagen (VW) Group’s platform strategy. It was a compact 2+2 coupe with a shorter wheelbase and completely different proportions from the VW Golf on which it was based, a powerful turbocharged engine, and four-wheel drive.

The third generation TT is a centimetre shorter and narrower than the second version of the car—the Mark 2 TT launched in 2006—but the wheelbase is 37 mm longer. The styling has hardly changed, apart from the oversized grille and new lighting arrangement. Under the skin—which is largely aluminium—nearly everything is different.

The 230 PS two-litre TFSI turbocharged petrol engine is new. Although four-wheel drive is optional, the Haldex 4X4 system is more sophisticated and includes decoupling of the rear axle when coasting, to save fuel.

This is the first car of its type and price to have a ‘virtual cockpit’: A 12-inch high resolution LCD display that fills the instrument binnacle. It presents everything that any other fully-specified Audi would show on the instrument panel and central display screen. It can be configured in various ways but the most impressive, and most useful, is to relegate the virtual dials of the speedometer and rev counter to the sides of the long screen and have the navigation map and instructions across the centre. The display is controlled either by switches on the steering wheel or the MMI joystick on the centre console. 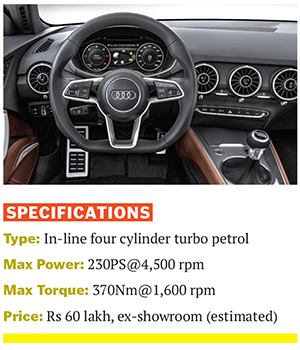 It is hard to fault the engine—which has plenty of punch and power delivery that is almost linear—or the slick gearshift. It was impressively surefooted on the wet and slippery country roads of our test route in the Scottish Highlands.

The TT remains in the hinterland between genuine sportscars and saloon-based coupes. That’s partly because it is, in basis, a front-drive hatchback; but that, in turn, gives it a more spacious cabin (at least for two people) and more luggage space than a rear-drive two-seater like the BMW Z4 or Mercedes SLK. Audi claims that the 2.0 TFSI with S tronic can accelerate from 0-100 kmph in 5.3 seconds, quicker than the automatic BMW Z4 28i M Sport and Mercedes SLK AMG Sport. The TT has a wider spectrum of appeal than the traditional two-seaters and comfortably outsells them.