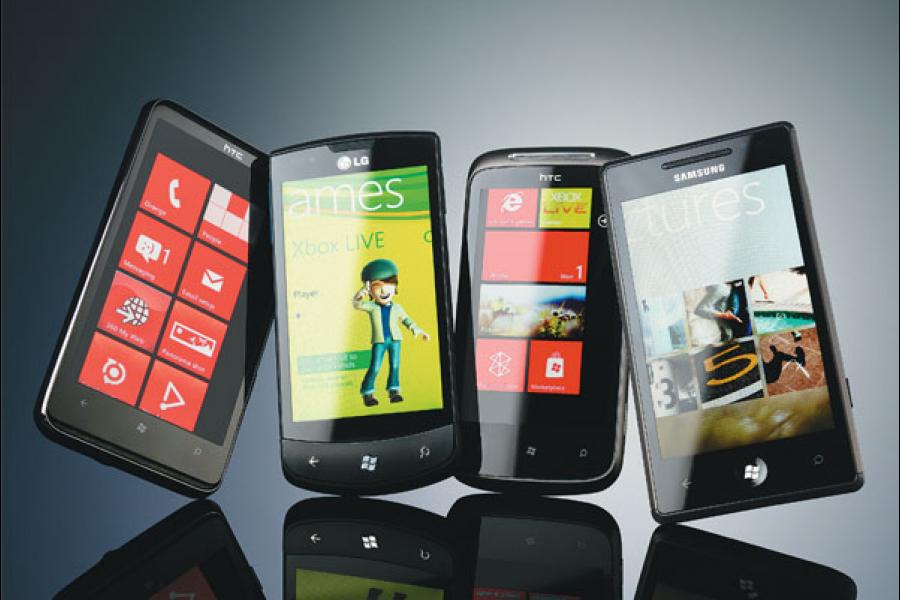 The Windows Phone 7 OS (microsoft.com/windowsphone) looks good enough to stand shoulder-to-shoulder with Apple iOS and Google Android (or at least at their elbows). HTC, Samsung and LG have handsets ready to go, all sporting impressive specs. (They have to: Microsoft has specified that WP7 handsets must have a 1GHz processor, 256MB of RAM, 4GB flash storage, a capacitive touchscreen, five sensors — accelerometer, A-GPS, compass, proximity and light — and a 5 MP camera.)

It’s a very solid start for Microsoft, with the quality of the third-party hardware matching the promise of its sparkling OS. Other WP7 highlights include live, constantly updating tiles on your home screen, scaled-down Xbox Live games on the go and the Zune media player. Two glaring omissions: Multitasking and cut-and-paste (promised by “late 2011”). With a slick OS and high-spec, good-looking handsets, Microsoft is back in the mobile game. With support from app developers, WP7 should really fly in 2011.

This material is reproduced from T3 magazine and is the copyright of or licensed to Future Publishing Limited, a Future plc group company, UK2010. Used under licence. All rights reserved.

Tweets by @forbes_india
Antiquities : The Blast From the Past
Master Card: The UID Faces Opposition