The continent's most influential women

The 2014 forbes asia power Businesswomen list honours a cast of women from industries that range from toolmaking to venture capitalism, from construction to lingerie. Among the newcomers: Alison Watkins, who rises to the top of Coca-Cola Amatil as we go to press, becoming only the second woman to head up a top 30 listed Australian company; Ong Chih Ching, a Singapore-based property entrepreneur with a taste for fast cars and yachts; and veteran movie producer Nansun Shi, who in a career spanning almost four decades has helped mold Hong Kong’s film industry. 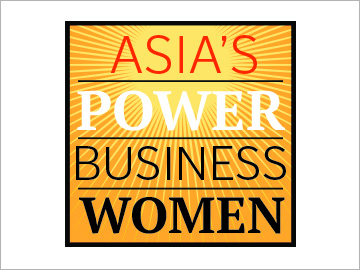 As we research and compile the list, we make some tough choices using the following criteria: Company revenue (rarely less than $100 million, frequently in the billions), the woman’s position at the company (if she’s the boss that’s a big plus) and how involved she is (preferably running operations day-to-day). Chew Gek Khim of Singapore meets all these criteria and then some as she transforms Straits Trading, a staid colonial-era tin smelter, into a sleek 21st-century holding company. We also favour entrepreneurs, like Noriko Nakamura of Poppins in Japan and Australian retail queen Naomi Milgrom, who have nurtured their own businesses.

It’s no easy feat finding and gauging women across such a great geographic span (this year’s gathering comes from no fewer than 13 countries), not to mention the vast range of industries, economies and cultures. A company in Vietnam with $100 million in annual sales might be a standout on the local stock exchange but would register barely a blip in a more developed market. Countries such as Indonesia tend to throw up family-run conglomerates rather than listed companies, where information is easier to come by. And then there is culture: In Greater China women seem to advance more smoothly than in many other countries in the region, where tradition remains a barrier. A survey by Grant Thornton International Business Report notes a sharp rise in senior management positions held by women in mainland China to 51 percent (as of February 2013) from 25 percent a year earlier. Compare that with 7 percent in Japan, rock bottom of the heap of 44 economies studied; 22 percent in Australia; and 34 percent in Asean overall. The global average is 24 percent.

From a daring bright spark creating an online social media venture in Myanmar to a longtime executive just named the first woman to run an Indian oil major, these women are a small selection of those driving change.