NCLT order is an endorsement of Tata Sons' ethics and principles: N Chandrasekaran

The Mistry camp has already moved the appellate tribunal against the NCLT's order, though the tribunal observed that the SP Group's interests weren't hurt by Tata Sons 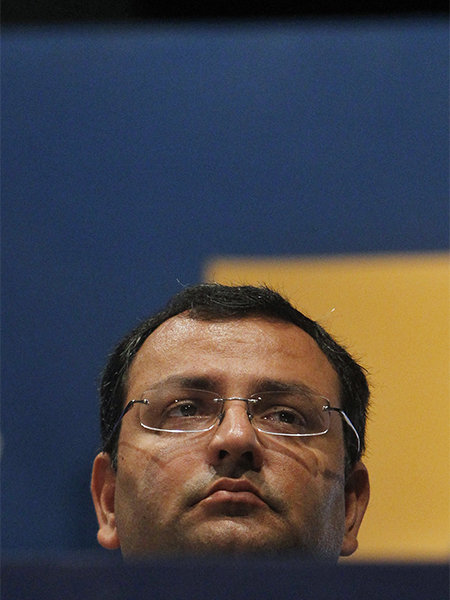 The order passed by the National Company Law Tribunal (NCLT), dismissing a petition filed by group firms of the Shapoorji Pallonji (SP) Group against Tata Sons and its directors, alleging mismanagement and oppression of minority shareholders, was an endorsement of the “highest ethical standards” and “principles of governance” that the Tata Group stood for, said its chairman N Chandrasekaran on Monday.

The petition in question was filed by SP Group firms Cyrus Investments and Sterling Investment against Tata Sons, the flagship holding company of the salt-to-software conglomerate, and its directors. SP Group patriarch Pallonji Mistry’s son Cyrus P Mistry was Tata Sons’ chairman, before he was acrimoniously removed on October 24, 2016.

A trust deficit and complete breakdown of relationship between Mistry and some group executives close to him on one side; and Tata Sons directors and trustees of the Tata Trusts (which own a 66 percent stake in Tata Sons), led by Ratan Tata, paved the way for a pitched corporate battle where each side levelled allegations of impropriety against the other.

After stepping down as chairman and a director on the boards of various group companies of the House of Tata, Mistry had moved the NCLT through his family-owned firms in January. Tata Sons’ lawyers argued against the petition stating that the Mistry camp was ineligible to file such a petition since it only owned 2.17 percent of the holding company’s issued share capital (comprising ordinary and preference shares)—less than the 10 percent threshold that would have allowed them to move legally in such a manner. The NCLT held that the petition wasn’t maintainable and thereafter dismissed a plea for waiver of this minimum shareholding requirement filed by the SP Group’s counsel.

(2) The SP Group companies’ economic interest has not been affected in the manner in which Tata Sons was operated, and further that the actions of Tata Sons did not hurt public interest.

(3) There are no grounds to support allegations relating to past transactions including cross-border acquisitions and business decisions of operating companies.

(4) The Tata Trusts have not exercised their shareholder rights in a manner oppressive to the SP Group companies.

(5) The trustees of Tata Trusts and in particular Ratan Tata were not a shadow director of Tata Sons. The allegations against Ratan Tata are vague and lack any material details.

(6) Not only is the petition not maintainable, but no grounds justifying the waiver application have been made by the SP Group companies.

Mistry’s family firms have already moved the National Company Law Appellate Tribunal (NCLAT) in New Delhi against the NCLT’s order. If the NCLAT finds the petition maintainable or grants waiver of the minimum shareholding clause, then it can direct the NCLT to hear the matter afresh and decide the case on its merits.

Tweets by @forbesindia
Brian Singerman of Founders Fund: A power player
What to look out for this week: Corporate heavyweights' earnings in focus