India is super important to us: OnePlus CEO 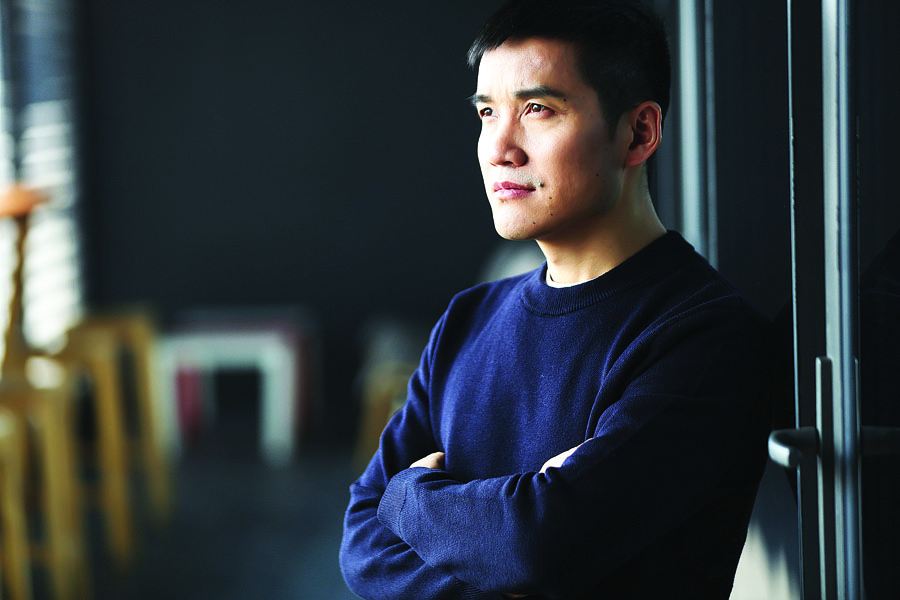 Pete Lau, founder and CEO, OnePlus
Image: Courtesy OnePlus
In just four years since its inception, the Shenzhen-headquartered OnePlus, which only makes smartphones that are priced above $400 (about ₹27,000), has raked in revenues of about $1.4 billion as of calendar year 2017. India has emerged as the biggest market for OnePlus, accounting for a little over one-third of the company’s total revenue. Ahead of the launch of its latest smartphone, the OnePlus 6, on May 17, Pete Lau, the company’s 43-year-old founder and chief executive officer, spoke to Forbes India about its fan base in India and building a global reputation. Accompanying him was his assistant Eric Gass who interpreted the conversation. Edited excerpts:

Q. What got you to change track from selling Blu-ray players at Oppo Electronics to setting up OnePlus and selling smartphones?
Towards the end of 2013, there was a clear realisation—the internet is a model for doing business combined with best-in-class products. At the time, companies in China were focusing on ecommerce, a lot of which was characterised by delivering goods that were available for cheap. The way I saw it, people wanted premium products, and there could be an internet business model built around it.

There was a race to the bottom—making products as cheap as possible and a lot of times making compromises to do so. The internet has its advantages of speed, convenience and efficiency, and as a model, it can save costs for the business. But at the core, there must be a product of excellence around which everything is built. There is a saying in Chinese [which when translated means], ‘There is a way of doing things and then there are the methods to do it’. The ‘way’ is still a product of excellence, and the internet represents the ‘methods or approaches’. It’s a new approach, but it doesn’t mean that the products can be sacrificed or compromised upon.

Q. Your critics say your phones tend to resemble Apple’s products. How do you respond to that?
From our core product values and philosophy standpoint, we never copy other products or features. However, there is an atmosphere of mutual learning in the industry. It is important to be able to evaluate the strengths of other companies and what they are creating. There are numerous examples, like Google learning from Apple, or as some people say copying from each other. Some of Android’s drop-down menu functionalities were brought on to Apple products. The gesture functionalities on Android P [the ninth version of the Android operating system] could be looked at as copying Apple’s gesture functionalities.

The vision is to build a sustainable company that’s respected globally. From the Chinese perspective, this is seen as something that may be, particularly, a unique challenge.

Ten years ago, and even earlier, there was a strong impression, especially in North America, of China producing large quantities of goods that were cheap and of low quality. In the last five years, that has changed. OnePlus is just a part of that change. There are a number of other Chinese brands that are helping to change that reputation.

Q. When you started the company was there a clear focus on India?
The focus was first on Europe, North America and then China. With that focus and a reputation building in Europe and North America, we discovered that there was a fan base in India. It was more like a lucky coincidence. Seeing the activity of Indian users and the organic growth of users even without our presence were enough for us to say this is a market that we are going to focus on. And we went and focussed on India as a key market.

OnePlus has always seen itself as a company for the world. Being global and having built a global reputation have played a part in our success in India. Today, India is super important for us. We are looking at it as a place to have our second headquarters. Bengaluru is most likely where the headquarters will be.

We are already in the process of building our own grassroots talent—recruiting promising minds from universities. What would be most significant is to see how decision-making coming from the team in India could impact the company worldwide. The creation, evolution and development of products—this could come out of India in the future. We will have product managers who would be based in India, and there would be a bigger research and development team there.

All of our products that are sold in India are contract-manufactured in the country, already. So that’s something that we are proud of. And we would prefer to take an approach that remains asset light—look at Apple, they don’t do their manufacturing. That said, our focus will certainly be Make in India.

Q. Xiaomi has filed for an initial public offer (IPO) to raise $10 billion. Do you have similar plans?
At this stage, I do not see what the benefit for the company might be [to go for an IPO]. Also, I do not see the need for so much capital. Our operations are healthy and so, the focus remains on the product. For many other companies, achieving an IPO is a badge of success. My approach is simple: We are forever on the way to success. We are not seeking to raise money now.

Q. You have built a company with revenues of $1.4 billion. Looking back, would you have done anything differently?
If I were to go back to the launch of OnePlus One, with the knowledge that I have now, I could have quadrupled the initial order size. We could have sold 200,000 units instead of 50,000. We had to limit ourselves to 50,000 units so as to not put the company at risk. It’s easy to look back and say we could have done better, that the opportunity was missed, and show remorse. But I would have been betting on the unknown. If you start on this cycle of missed opportunity, then remorse, and think next time I’m going to risk it, you are setting yourself up for inevitable problems. This goes back to the vision of building a sustainable and enduring company: Not letting risks or external pressures sway us from doing the right things.

(The writer travelled to Beijing at the invitation of OnePlus)