Why overachievers go down the path of self-destruction

Life does not place hurdles in the way of an overachiever. Instead, life uses distractions 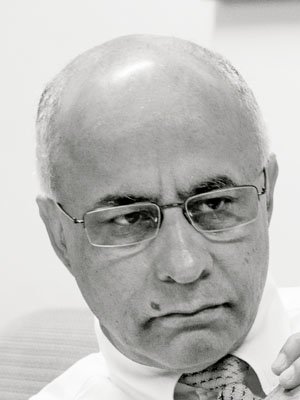 Subroto Bagchi is the co-founder and chairman of MindTree

For many years now, I have been studying overachievers in the professional world; these are people who have high IQ, eminent qualifications, experience, the power of an early start and quite often, very supportive families. You think they are God’s chosen ones and there is no stopping how far they may go. Then one morning you wake up to find the angel fall. Actually, it is not a fall, it is invariably a crash; only splinters remain where once stood a David by Michelangelo. How does that happen? Who kills the angel?  I have come to believe that in most such cases, there is no external enemy. Only ordinary people need an external enemy. The overachiever is his best friend and his worst enemy. This probably is life’s way to ensure that we do not become immortal. Its secrets are probably stored in the DNA as much as it is a function of how the neo-cortex responds to the environment.

Sometimes I imagine the image of the double-helix structure of the DNA; it depicts who we are and has a microcode flowing from time immemorial to make me who I am; a microcode not of the Karma, but the decisional rules we may exercise or fail to exercise when temptation strikes. The double helix structure suggests boundless possibilities as one of the two sides of the ladder—self-destruction is the other side. For the overachiever, it is difficult to balance the two and only the self-aware among them are able to balance between them. The self-aware know that at any point in time, they are a few steps, sometimes a few minutes away from a fall. Destruction of great capability does not take a lifetime or for that matter, hours. More often than not, it is just a moment of indiscretion.

Seven minutes of pleasure brought Bill Clinton, the most powerful man in the world at the time, to rank ordinariness. That angel fell like porcelain on marble. What happened to Strauss-Kahn? Wasn’t he the man who was expected to bring Europe back from the brink of disaster? Theirs are not instances of sexual proclivity. Under the surface, it is the double helix saying, ‘come die’.

It is very interesting that life does not place hurdles in the way of an overachiever. Hurdles are actually life’s gym equipment meant to improve the muscle tone and help one deal with more. Instead of hurdles, life uses distractions. There are mythical evidences galore that tell us how the Gods try the final distraction of womanhood, the origin of all power, to destabilise and destroy the one who is climbing to the peak. But they use other distractions as well. Satyam did not need competition to hurt the company, its founder hurt Satyam. His one moment of distraction—the first fudged financial statement—opened window upon window of progressive death until one day, the porcelain doll crashed into a thousand splintered pieces. The same thing happened with SKS and now OnMobile.

The overachiever doesn’t exactly die after each such incident, not at least in a physical sense. What dies is the reputation capital. Then they, and sympathetic onlookers, explain away by saying, the overachiever was drawn into indiscretion. That there was an external reason that caused the behaviour. It is just a convenient deflection. One of the earliest examples of such deflection is in the story of the sage, Valmiki. He was a bandit who slaughtered passers-by and ran away with their belongings. His justification for the brutality: He had to provide for his family. This continued until his wife rejected that intellectual construct. She told him that he and he alone had chosen his path and was responsible for the consequences.

Unlike Valmiki, today’s high achievers, businessmen to bureaucrats, sports persons to politicians, deflect. There is none to tell them that they are deflecting. They say they are doing it all for the sake of others, because of external reasons. When you are doping to win a medal for the country, when you are accepting cash for the party and not yourself or when you fudge accounts to protect the so-called interests of the shareholder, you are just kidding yourself. You are doing it for yourself. You are failing in the face of temptation. You are just an accidental success that life now must kill.
You have overstayed your welcome.

That brings us to a fundamental question. Why can’t these people, gifted in every other way, get it? Why do they lose common sense? Why don’t they follow the simple precepts we were all taught as children? That we should not tell a lie, we should not take what does not belong to us, that hard work must give us the fruits of labour? That we should be nice and polite to others and most importantly, look before you leap.

I always think that there is no greater set of governance rules than the Ten Commandments. For each indiscretion of a Martha Stewart or our homemade Telecom Raja, there is a matching, simple commandment that would have helped them reach the Hall of Fame. Instead, they all go over the precipice. The fall is invariably a one-way drop.

Overachievers are very vulnerable people at one level. They can suffer from sensory failure when they can least afford it. From the CEO to the doorman, we are all factory fitted with the same five sensory organs. How we deploy them and when we suspend them, is a matter of personal choice and that in turn, is influenced by the degree of an individual’s self-awareness. That is how the seemingly invincible individual one day fails to hear, fails to see what is evident to you and I. If you do risky lending, you may not get your money back. If you pick up a one-night stand, a page 3 columnist may see you. If you accept a bribe once, the bribe giver may invite himself to your home, he may touch your wife in front of you and call her his sister. Inability to see all this coming is sensory failure.

Sometimes it is not a one-man disaster. An overachiever in the company of another has often suffered from false harmony; has failed to ask critical questions and suspended the responsibility of dissent. This has perpetuated in history from the Bay of Pigs to Satyam where highly accomplished individuals dug a collective grave.

So, what can we all do to save ourselves from the danger that is lurking within us? How can we circumnavigate a temptation? Life asks for mastery over the self, it does not want to dole that capability to everyone. That mastery is granted in small and slow measures to those who practice humility. Humility reduces the noises in the head and silences us. In that silence we listen better, we are able to see, hear, taste, smell and touch what can be potentially toxic. Life invariably shows us a yellow card; thinking that it is green is optional.

Overachievers that run the course are conscious to disassociate themselves from their personal success. They tell you that they were lucky to be in the right place at the right time. Ask any great maestro and she would deflect her success to her Guru’s teaching and his infinite patience. As much in the corporate world as outside, sustained overachievers take their success as a responsibility; as a burden, not an entitlement. Therein lies the capacity to keep the feet firm on the ground even as the eyes are set on the peak.