Enterprise lessons for CXO from the Covid-19 disruption 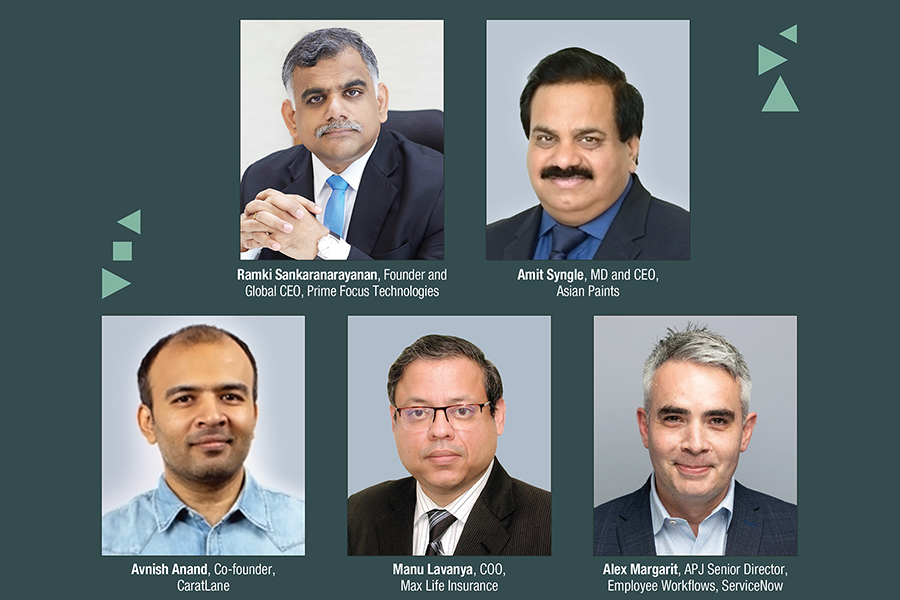 The ongoing pandemic and lockdowns that it necessitated during its early phase became the ultimate test of management capabilities and business resilience. The impact that it had on the economy, businesses and individuals was quite unpredictable and there were no Standard Operating Procedures that could be applied or rulebooks that could be followed. The management of every enterprise – large and small – had to operate by taking decisions from its gut, gauging how markets and consumers would react.

Months into the crisis, some clarity has emerged, on some fronts, at least. Most businesses have instituted work from home for their employees, wherever possible. Travel, for work and meetings, has become much less frequent and even eliminated wherever optional. The greatest realisation that emerged has been that organisations which were well-prepared with digital technologies have been less adversely impacted and have even grown stronger. Simultaneously, companies with managements which could innovate quickly have survived and thrived.

To discuss the nature and impact of the ongoing disruption and how enterprises can make the most of the opportunities that have presented themselves while insulating from the perils, Forbes India, in association with ServiceNow, hosted a series of Live Webinar under the banner, ‘CXO Speak: Disrupting work in the new normal’. The virtual conversation held on the 19th November 2020 brought together Ramki Sankaranarayanan, Founder and Global CEO, Prime Focus Technologies; Amit Syngle, MD and CEO,

A common observation around the crisis has been that it has made individuals as consumers, employees and even employers and management less resistant to change and more open to adopting new ideas. “It has never been easier to convince people to try new and challenging solutions,” remarked Avnish Anand of CaratLane. “Mindsets have changed and will remain so even after the pandemic has subsided. That's the most exciting change driven by the pandemic.” These changing mindsets have resulted in implementation of technology to drive efficiencies across verticals. Asian Paints’ Amit Syngle shared, “We have seen strong improvement in backend processes, IT, admin, accounts and finance.” However, he also observed that some functions were likely to go back to older models while others would remain digital and remote.

Agreeing with him, Manu Lavanya narrated how his organisation - Max Life Insurance - had to change from the in-person model to a digital connect model to sell insurance, in a matter of weeks. Then, offering his insights on how the transitions that have taken place during the current crisis may play out, he said, “People-facing processes, like sales, may retreat to old ways to ensure productivity, as normalcy resumes.” A hybrid ‘phygital’ model could be the key, going ahead, and every organisation would have to find a way to ensure seamless integration between online and offline through an omni-channel strategy.

The disruption clearly demonstrated that legacy incumbent systems and processes were the largest roadblock to change in large enterprises. On the flipside, suitable and up-to-date technology has been central in ensuring seamless remote work. In fact, the ongoing crisis has been a catalyst in accelerating the digitisation agenda. Analytics, adaptation and scaling up are all a function of the Cloud and other digital tech. “Cloud takes away some amount of pain for enterprises during this crisis,” said Ramki Sankaranarayanan of Prime Focus Technologies. “If the same crisis had hit in 2010, companies would have been far more incapacitated. In 2020, we're better equipped to adapt due to cloud and digitisation.”

However, when it comes to investing in digital technology, businesses would do well to avoid applying a broad brush to their digital strategies. Instead, focusing on specific use cases will enable them to make the most out their digital investments. Employee Well-Being

Despite all the benefits that digital technology has rendered, there are concerns around the people aspect of businesses in the new normal. For instance, the new models for front-end people-oriented processes will need more empathy-led models.

More importantly, employee well-being and collaboration have become challenges for some organisations. However, Alex Margarit, APJ Senior Director, Employee Workflows, ServiceNow pointed out, “We're seeing a lot of cross-functional team-based activities to execute tasks. This is a good way to adapt and an agile way to work. The pandemic has helped us discover an empathetic approach to work. All the tech innovations we've seen will help make work better.” He concluded by suggesting that ensuring security and removing bottlenecks in work-flows will be the next steps in ensuring seamless work.