Can SKS Change Its Spots?

After being the bad boy of microfinance, SKS is now trying to pick itself up and transform into a more cost-effective, diversified organization 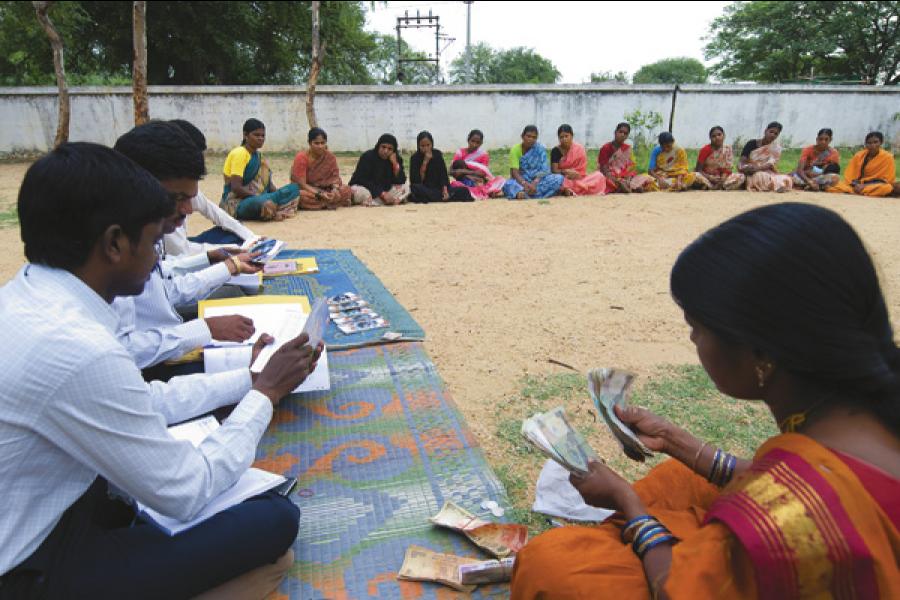 Going by some metrics, it’s tempting to believe that SKS Microfinance, once the darling and later the bad boy of the sector, is out of the woods. The company is well capitalised. Even after writing off over Rs 1,000 crore worth of microloans, its capital adequacy ratio is more than twice the 15 percent norm. The recovery rates outside Andhra Pradesh—it has 4 million customers outside AP—have been good.

In the last three months, it raised over Rs 800 crore through securitisation deals—selling the recievables from the customers to institutions which have been reticent ever since the crisis. The market seems to be responding. Year to date (March 22) the company’s share prices have risen 48 percent, leading to headlines such as ‘SKS Microfinance: Making a comeback?’; ‘Why SKS Microfinance is back on investor radar’, and ‘Is the worst over?’

The worst is probably not over. The more optimistic views don’t account for the fact that raising funds through securitisation was not its only—or even the most important—problem. The problem is whether it can transform itself into a more cost-effective, diversified organisation, and whether it can patch up its tattered reputation. “SKS was never as bad as the media reports made it to be. And again, now, it’s not as good as everyone makes it to be,” says a venture capitalist who was involved with SKS prior to its listing.

SKS was best known for its scale, and that, according to several observers, proved to be its undoing. Muhammad Yunus, for example, recently told India Ink (of The New York Times), “They [SKS] were the ones who kind of overdid things in a big way. The aggressiveness that it brought into the picture created all the problems.” Dilli Raj, the company’s CFO, says there is a paradigm shift now. “The focus will now be on efficiency and profitable growth,” he says.

How easy will it be for SKS to shift gears? Take efficiency first. Raj says that it has already consolidated its branches—cutting down the number from 2,400 to 1,500. Its head count is down too by way of natural attrition. But that doesn’t address the nature of its business model. Grameen model is relatively high cost. On the top of it, its salary structures are high. The cost cutting of SKS was in line with its shrinking business and doesn’t truly reflect its ability to cut costs, says the CEO of a rival firm. “It’s easy to cut costs if you are low cost from day one, and difficult to cut costs, if you aren’t,” he says.

SKS has also announced plans to diversify its business to offset the risks of microfinance. Its diversification plans include giving loans for mobile phones, servicing kirana stores by aggregating their demand, and supplying inventory and providing gold loans. Raj says these would account for 10 percent of its assets, 15 percent of business and 25 percent of its profits. But such a transformation will not be easy. The organisation was built around efficiency in cash collection. An analyst report urging investors to buy SKS cited its high collection rates outside AP as an indicator of the strength of the business model.

Yet, even the core microfinance business is undergoing a change. A survey by Microsave says that the biggest cause of complaint against microfinance was not harassment by staff (of the six reasons, it actually came last), but the group responsibility and lack of flexibility in repayment. In microfinance, group responsibility has in effect been doing the job of credit evaluation and knowing customers better. Providing individual loans would demand a new set of skills and a different organisational culture.

“However, to do this, you have to build a different type of organisation bottoms-up in terms of systems, processes and DNA. Mid-course corrections at a large scale might be difficult to achieve,” says Ganesh Rengaswamy of Partner Lok Capital, a venture fund that invests in enterprises serving the bottom of the pyramid market.

But a more immediate challenge for the company would be to safeguard its reputation. A recent Associated Press (AP) story suggested that the management was aware of involvement of SKS employees in some of the suicides among insolvent borrowers. SKS has denied it, calling the report baseless. But many in the microfinance sector see it as a reflection of the ongoing battle between the board and Vikram Akula, its founder who stepped down last November. Around that time, SKS had said it planned to raise up to Rs 500 crore through a share sale to institutional investors by March 2012. The board had okayed a resolution to raise Rs 900 crore in November. The ruckus caused by the AP story stalled its attempts.

The securitisation deals don’t really make up for equity. At best, it’s a vote of confidence for a specific pool of assets. Equity is an indicator of what the market expects of the company as a whole. There the pointers are negative. While the company’s share prices are up compared to beginning of this year, it’s 88 percent down from the listing price.