Bet you didn't know this about Marilyn Monroe

She would have turned 89 on June 1. Here's a little more about one of the most iconic personalities of Hollywood 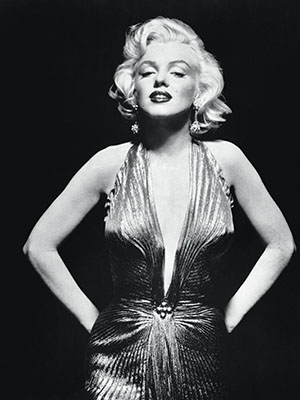 2. Truman Capote, author of Breakfast at Tiffany’s, originally wanted Monroe to play the role of Holly Golightly in the film based on the book. The part finally went to Audrey Hepburn and became one of her best remembered roles.

3. Monroe continues to be a lucrative brand: She placed 6th on the 2014 Forbes’ list of top earning dead celebrities, with a net worth of $17 million, behind Bob Marley and ahead of John Lennon, Bruce Lee and Albert Einstein.

4. Monroe constantly tried to shed the ‘dumb blonde’ image by being photographed reading books as often as possible. Her collection of more than 400 books included works by Fyodor Dostoyevsky, Jack Kerouac, Mark Twain, Walt Whitman, Ernest Hemingway and John Keats. She was enrolled at the University of California, Los Angeles, for a course on Renaissance art and literature.

5. Among her most cherished belongings was a photograph of Albert Einstein, autographed by the scientist: “To Marilyn, with respect and love and thanks.” Recently, an optical illusion claiming to be an eyesight test used superimposed images of Monroe and Einstein and went viral online.

6. Monroe’s struggles with fame and loneliness are reflected in her poems, a collection of which, titled Fragments, was published in 2010. “Only parts of us will ever touch parts of others,” is a line from one of them. She also experimented with drawing: The actress reportedly gifted two of her three self portraits, titled ‘Lonely’ and ‘Life is wonderful so what the hell’, to actress and friend Susan Strasberg in the 1950s.

7. Monroe has a strong social media presence: Nearly 1.4 crore likes on her Facebook page, and 2.27 lakh followers on her Twitter handle @MarilynMonroe. Both accounts are managed by her estate.