2015 World's Billionaires: From rags to richest 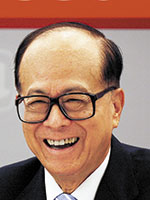 Hong Kong
Net Worth: $33.3 bln
Li Ka-Shing
Asia’s wealthiest man quit school when he was 12 and worked at a watch-strap factory to support his family.

Italy
Net Worth: $20.4 bln
Leonardo Del Vecchio
At seven, his mother sent him to a Milan orphanage. At 14, he began an apprenticeship in an eyeglass factory. Eleven years later, he founded Luxottica. 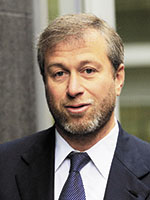 Russia
Net Worth: $9.1 bln
Roman Abramovich
The oil oligarch was orphaned by the age of four and raised by relatives. After dropping out of college, he served with the Soviet army before selling plastic toys from his apartment. 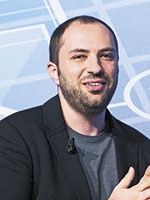 US
Net Worth: $6.6 bln
Jan Koum
WhatsApp’s co-founder emigrated from Ukraine at the age of 16 with his mother and swept floors in a grocery store to help pay the bills.

India
Net Worth: $5.2 bln
Micky Jagtiani
He dropped out of accounting school, cleaned hotel rooms and drove a cab in London before running a Dubai-based retail empire.

US
Net Worth: $3.1 bln
David Murdock
When he returned from WWII, he slept on a Detroit park bench before borrowing $1,800 to open a diner and eventually becoming the chairman of Dole Food.

US
Net Worth: $3 bln
Oprah Winfrey
The media mogul was born to a teenage mom and raised by her grandmother on a Mississippi farm. 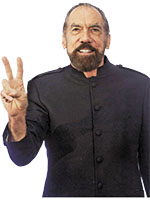 UK
Net Worth: $2.1 bln
Christos Lazari
The London real estate investor moved to the UK from Cyprus when he was 16 and worked as a dishwasher.