Brokerage house UBS has upgraded China to ‘overweight’. But its stand on India is ‘neutral’. Should Indian investors stay invested in India or buy a feeder fund into China? Forbes India asks experts 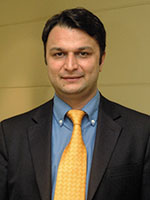 India requires a sustained investment cycle and a bottle-neck-free basic infrastructure to take it to the high growth rates that were achieved in the last 10 years. China has already seen these key triggers play out. Hence, there is a belief that just as in the last 10-20 years, Indian markets will be one of the top three performing markets in the next two decades. Consequently, it is our belief that the recent past and present circumstances should be discounted to analyse the potential of the Indian market.
Akshay Gupta,
MD, Peerless MF 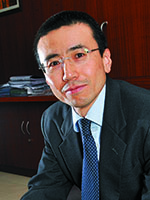 The reforms that came out of China’s Third Plenum were structural and long-term.  However, China has a track record of execution and enforcement, hence, the excitement and the upgrade are understandable. Of course, these reforms were accepted because of the demographic challenges. The India story is in a different stage of economic development, and the demographic situation is far better. However, India may risk de-rating if the patch work of policy actions continue.
Nobutaka Kitajima,
Chief investment officer—equity, LIC Nomura Mutual Fund 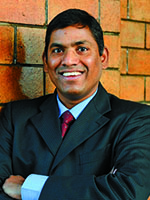 This year, our current account deficit will be a lot better than initially feared; the fiscal deficit is also likely to be within the budgeted estimates. We believe that after the general elections, the investment activity by the private sector corporates would pick up as most bottlenecks will get cleared. We are at the bottom of the earnings downgrade cycle and expect earnings growth to pick up. Thus, we expect the Indian equity markets to do well over the next couple of years against other emerging markets.
Sampath Reddy,
CIO, Bajaj Allianz Life Insurance

Tweets by @forbes_india
Better Grades Mean More Money for Kids: Survey
It is not about Sensex vs Nifty: Alka Banerjee