BRICS to Contribute $10 Billion Each for Proposed New Development Bank 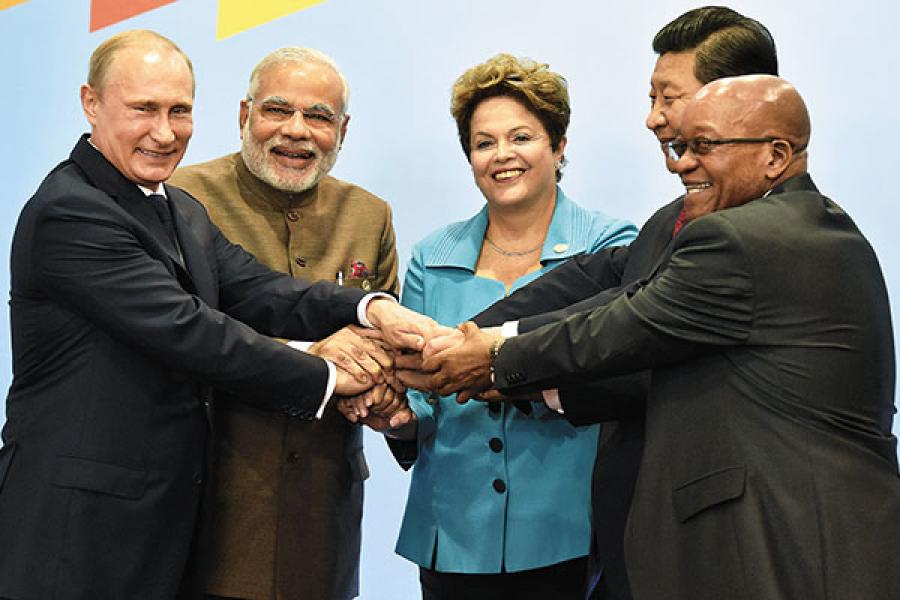 Leaders of BRICS nations—Brazil, Russia, India, China and South Africa—join hands in a show of unity at the 6th BRICS summit in Fortaleza, Brazil, held on July 15, 2014. Indian PM Narendra Modi stressed on more intra-trade among the BRICS.

$10,000,000,000 is the amount BRICS will contribute to form the New Development Bank (NDB), the highlight of the 6th BRICS summit. With an initial $50 billion in capital, the NDB will have a $100 billion Contingency Reserve Arrangement (CRA) meant to provide additional liquidity protection to member countries during balance of payments problems. China will fund 41 percent of the CRA while Brazil, India and Russia will contribute 18 percent each. The remaining 5 percent will be contributed by South Africa. The NDB and the CRA are being heralded as potential counterweights to the Western-led World Bank and IMF.