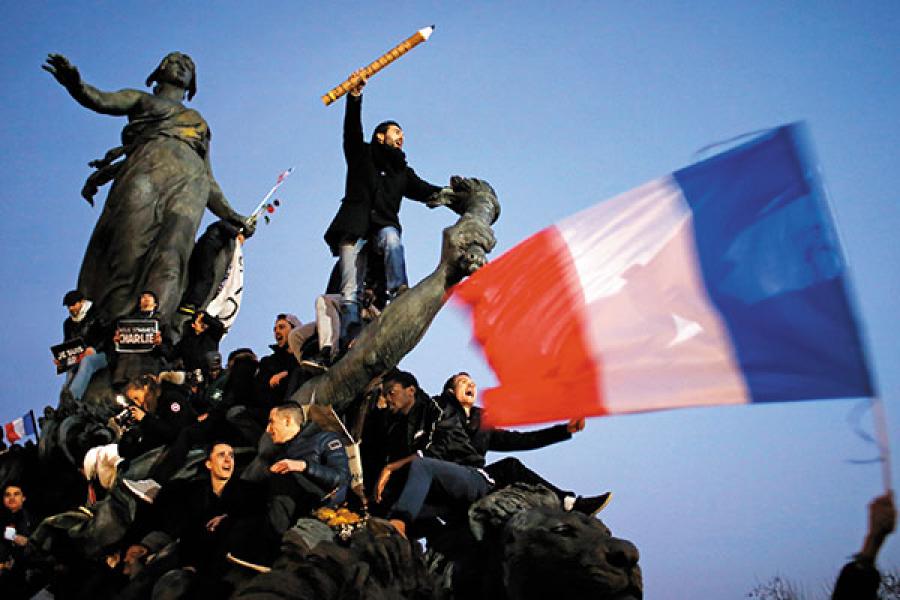 A man holds a giant pencil as he participates in a march in Paris on January 11. The world came together to express solidarity with the 12 people killed as gunmen opened fire at the office of French satirical magazine Charlie Hebdo in the capital city. The country saw more violence following the shooting, purportedly to avenge the mockery of Prophet Mohammed in the magazine, as gunmen took two more hostages in a French kosher supermarket. Two suspected jihadists were also killed in an anti-terror raid in eastern Belgium. The magazine went on to print 3 million copies of its post-attack special issue, which had a weeping Prophet on the cover. The title read “Tout est Pardonne” (All is Forgiven), which the French media interpreted as the Prophet forgiving the cartoonists for lampooning him.

Tweets by @forbesindia
The investment roadmap: Why stability matters
Engage: Events you wouldn't want to miss