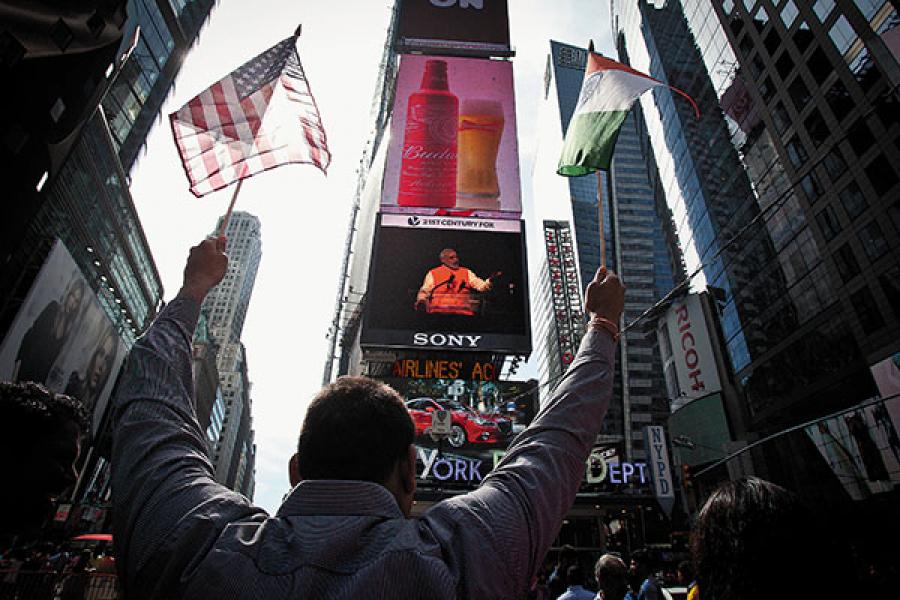 A supporter holds up the us and Indian national flags as he assembles at New York’s Times Square to watch Indian Prime Minister Narendra Modi’s simulcasted speech (delivered at Madison Square Garden) on a giant screen on September 28, 2014. Modi, who was on his first official visit to the US, attracted a record gathering of Indian-Americans—a three-million strong community—and enthralled the audience (that included US senators and Congressmen) with his oratory. He invoked Mahatma Gandhi and urged the diaspora to make India’s development a national movement like the freedom struggle. Acknowledging the visa problems faced by NRIs, Modi promised life-time visas to PIOs (persons of Indian origin), and also announced long-term visas for US nationals travelling to India for tourism purposes.