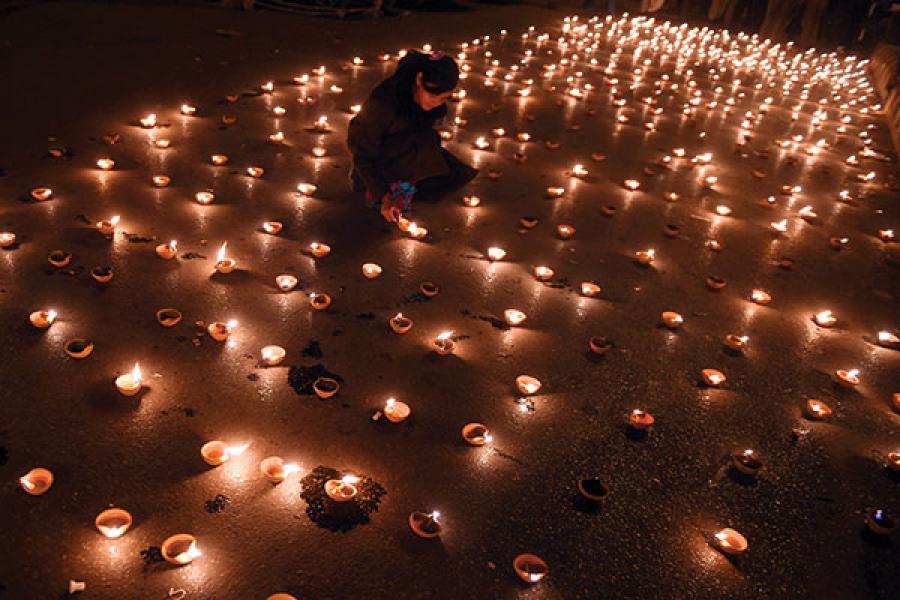 A girl lights earthen lamps in memory of the schoolchildren killed by the Tehreek-e-Taliban Pakistan in Peshawar on December 16, 2014. Dressed in paramilitary Frontier Corps uniforms, seven heavily-armed suicide bombers stormed the Army Public School in the city and shot dead 132 students and nine staff members in one of the most gruesome attacks in Pakistan. At least 130 others, including 118 children, were injured in the massacre.