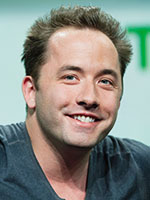 Dropbox’s Drew Houston
In January, Dropbox closed a round of funding that valued the cloud storage company at just under $10 billion, and Forbes estimates that its co-founder and chief executive, 30, owns more than a 10 percent stake in the company, which makes him a billionaire. He told us in 2011 that he started Dropbox when “I wanted to live the dream and felt stuck eating hot pockets”. 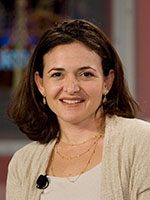 Facebook’s Sheryl Sandberg
She became Facebook’s chief operating officer six years ago after turning down Mark Zuckerberg’s first job offer because a relative told her any man would hold out for a better deal. Now, at 44, she is one of the youngest female billionaires in the world and one of only a handful—like Tory Burch, Oprah Winfrey and Spanx’s Sara Blakely—who made it themselves rather than inheriting it. It’s her equity, not her $300,000-a-year salary, that has made her so rich. At the time of Facebook’s May 2012 public offering, she owned more than 38 million restricted stock units, about half of which have been converted to stock. To date, she’s sold off more than 9 million of those shares. 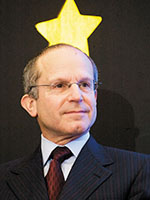 Ringling Bros’ Kenneth Feld
He grew up under the big top and took over his family’s company, which owns Barnum & Bailey Circus, in the mid-1980s. Since then, he has transformed it into a juggernaut that presents Disney on Ice and monster truck rallies; it had an estimated $1 billion in revenue last year. At 65, he becomes the world’s second circus-industry billionaire, after Cirque du Soleil’s Guy Laliberté.

Tweets by @forbesindia
The Facebook-WhatsApp Affair
Ask 50 Billionaires: How Much Do They Sleep?