Globalization has increased awareness of, and controversy over, corporate social responsibility (CSR) around the world. China is certainly no exception

Encouraged by the country’s economic reform in 1978, and later, by its accession to the World Trade Organization (WTO) in 2001, multinational corporations (MNCs) flooded into the Chinese market. With them, they brought not only advanced technologies, but also new business practices, global policies, and ideas, including international views of best practices. It was during this influx that the concept of CSR, as it exists today, was introduced to China.

On May 12, 2008, the 7.9-Richter Scale earthquake that struck Sichuan left 70,000 people dead and five million people homeless. It also forever changed the landscape of CSR in China. Many multinational corporations followed global CSR policy in line with their international standard. They did not take into account the specific mentality and perceptions of Chinese consumers. The actions of these companies were seen, by many, as insufficient and they came to be called “iron roosters.” This term is taken from a Chinese idiom that states the impossibility of getting even a single feather from an iron rooster, and, therefore, implies stinginess. A list of international iron roosters was formed. 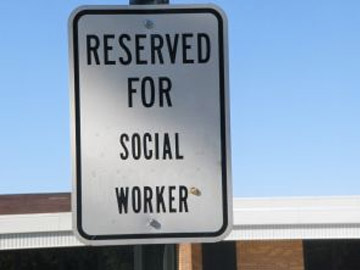 The ramifications of this were immediate and broad. Some MNC’s first donations did not surpass RMB 5 million (USD $790,000). Seeing this as paltry in light of the destruction inflicted by the earthquake, Chinese consumers started to boycott their products. The list of iron roosters, as it appeared on May 14, 2008, included the following MNCs: Samsung, Nokia, Coca Cola, McDonalds and KFC.

A Great Difference
Chinese Internet users thought that these MNCs should, at least, donate RMB 10 million (USD $1.6 million) to the earthquake-stricken area. On May 22, Chen Deming, PRC Minister of Commerce claimed that the majority of the MNCs listed as iron roosters had, in fact, donated over RMB 10 million. Despite this, online users continued to criticize those MNCs online, claiming that their performance was no better than some domestic small- and medium-sized enterprises.

Yin Gefei, vice president at China WTO Tribune and noted CSR expert said that these MNC’s long-term charitable contributions in China might be neglected when the public only concentrated on their donations for the victims of the massive earthquake.

“The amount of donation does not stand for the [whole] CSR of a corporation. The concept of CRS should be involved into daily production, management, and operation. As a matter of fact, a lot of MNCs had done well in the charitable contribution for the earthquake. The problem is that they have their own culture and process when it comes to donation, which most Chinese [still find hard to] imagine and understand.”

Li Wei, director of the CKGSB Case Center, said, “The details of how to implement CSR depend on the particulars of a company's situation. And to be sustainable, a company must develop a deliberate, long-term strategy. Otherwise, massive charitable contributions and similar maneuvers may create a wave of positive public opinion in the short term, but fail to deliver real long-term value."

Know Your Audience
Tribune Vice President Yin additionally emphasized that MNCs must consider China’s specific condition when conducting charitable deeds. “They have to gain a better understanding of how Chinese (people) think and they have to find a way to enhance…communication with Chinese people.”

The unique nature of CSR in China has its own cultural roots. Historically, China has been shaped by Confucianism, which emphasizes ethics and loyalty to family while foregoing one’s personal interests. This is, perhaps, in part, why domestic firms contributed large sums to Sichuan immediately after the earthquake. In contrast, those MNCs following western business models failed to understand Chinese behavior and, in some cases, to their own detriment, overlooked the power of public voice and reaction.

Vanke Real Estate Group, China’s largest real estate development firm, underestimated that power. With sales of RMB 46 billion in 2007, the company's modest earthquake relief contribution of RMB 2 million was met with much criticism. Some Chinese citizens, angered by the sum, appealed to the public at large to boycott Vanke or to not invest in the real estate group's stock, hoping to see it "collapse" like a poorly built structure in an earthquake.

Due to public pressure, Vanke publicly announced on May 20, 2008 that it would donate RMB 100 million to earthquake recovery assistance and reconstruction efforts. The funds would be used solely for public works, not commercial development, and would be paid out within three to five years.

Image is Everything
Though the concept of CSR has had less time to develop in China than in the west, some Chinese companies have managed to establish a positive social image and enjoy great benefits in return. A large number of domestic brands become popular as being seen as more charitable than MNCs.

At a televised fundraising event after the Wenchuan earthquake in 2008, Guangzhou-based JDB Group made a generous surprise donation of RMB 100 million for recovery efforts. Almost immediately, the company's official website was completely overwhelmed by user traffic. The company's new fans flooded online forums urging consumers to buy up Wong Lo Kat, a popular canned tea made by JDB.

“I don’t care if it’s just for its own business strategy. At least it donated RMB 100 million which was much more than those MNCs. From now on, I will drink Wong Lo Kat instead of Coca Cola. I hope there will be more and more corporations like JDB in China,” a white-collar worker commented.

As a result, sales of Wong Lo Kat JDB surged to RMB 10 billion in 2008. In the fiercely competitive canned beverages market in China, Wong Lo Kat succeeded in edging out Coca-Cola to become the country's best-selling drink.

It goes without saying that the iron rooster list has given MNCs cause to rethink their charity models in China. In the meantime, it has forced foreign firms to increase the amount that they donate in order to rebuild their public images. However, the priority for them is to figure out a long-term strategy based on understanding of Chinese culture and history, and a greater awareness of the Chinese market.