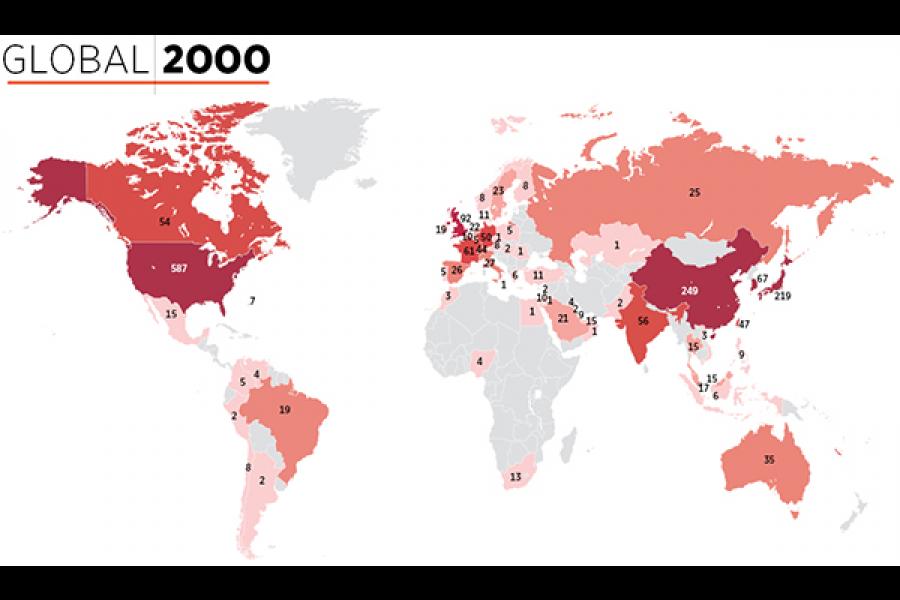 The 2016 Global 2000 includes publicly traded companies from 62 countries, up from 46 on our first list in 2004. China holds on to the top three spots. Industrial & Commercial Bank of China is at the top for the fourth consecutive year. Japan breaks into the top 10 with automaker Toyota at No. 10. Companies from the Asia-Pacific region account for 741 companies in 2016, up from 726 last year. The increase was due to the 18 newcomers landing on the list via an IPO. Japan Post Holding, the Japanese postal service, went public in November 2015 and is the highest debut at No. 29. In total, the Global 2000 companies now account for $35.1 trillion in revenues, $2.4 trillion in profits, $161.6 trillion in assets and $44.4 trillion in market value. All metrics are down year-over-year, except for assets, which remained the same. Sales last fell in 2010.