Shashi Tharoor in a comfortable lead in Thiruvananthapuram

Set to return third time in a row; BJP's Kummanam Rajasekharan trails by about 88,000 votes 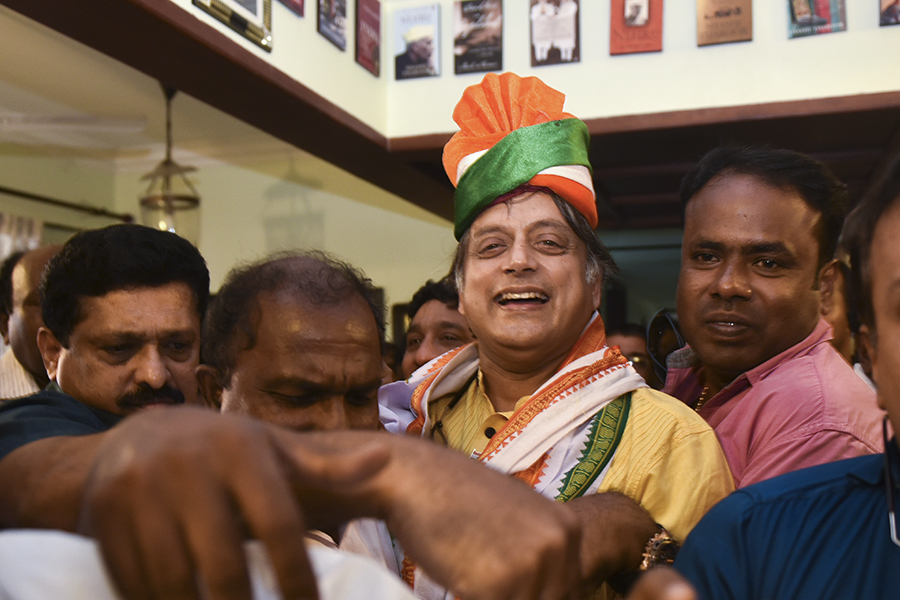 The streets of Thiruvananthapuram (Kerala) are plastered all over with Shashi Tharoor posters, people certain that the Congress is again going to return in the constituency for the third consecutive time. Tharoor, who is currently the sitting MP of Thiruvananthapuram, is leading with Bharatiya Janata Party’s Kummanam Rajasekharan trailing by about 88,000 votes. CPI’s C Divakaran is nowhere close.

“In Kerala, we believe in secularism, our candidate Mr Tharoor supports it and that’s why we stand with him. I don’t think the competition was tough this time because Kummanam Rajasekharan is not a strong contender, we’re sure that Mr Tharoor will win this year as well,” said GK Venugopal, a Congress party worker.

Addressing the press at BJP Party House early this morning, Kummanam Rajasekharan said he was confident about winning this year. “The LDF and UDF government have been ruling in the state since many years, people deserve some change and also the Sabarimala issue has definitely helped NDA,” Rajasekharan added. Rajasekharan, a former state party president, recently stepped down as Mizoram governor to contest the polls.

In the 2014 Lok Sabha elections, Tharoor won the seat by defeating the BJP candidate by a margin of 15,470 votes, which was 1.77 percent of the total votes polled in the constituency. INC got a vote share of 34.10 percent in 2014.

In 2009, Tharoor emerged victorious by defeating the CPI candidate P Ramachandran Nair by a margin of 99,998 votes, which was 13.55 percent of the total votes polled. INC had a vote share of 44.28 percent and there were 16 contestants in 2009.

“I have done three times better than I did last time in terms of majority. So my view is that, as I told journalists throughout the campaign, I was very confident I would win with a larger majority than last time. I myself expected three times better. It’s a good sign that the people from Trivandrum share my values and that they’ve stood with me and with the Congress party for an inclusive India and an India of social justice, of economic development, of secularism and of diversity,” says Tharoor.