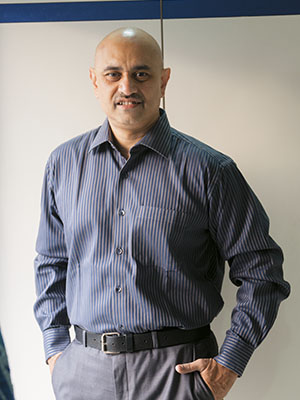 Image: Vikas Khot
What do I want to do in the next 10 years was the question in front of me

Q. You’ve been with Vodafone for 11 years. During this period, the industry has evolved a lot. How has the journey been?
It has been the most exciting 11 years of my career, from impacting nearly 100,000 people to impacting millions. When I joined the company, telecom was still very niche. We had only about 600,000 customers and Rs 500 crore in revenues. The industry was focussed on income markets. We would tap into metros; and we were doing very well in Gujarat where income levels were good. But we didn’t want to go to UP or Bihar at that stage. Those were still the days when incoming calls were charged. The concept of the calling party paying was implemented in May 2003. When that happened, the market moved from an income basis to a population basis almost overnight. It started exploding and we began to run out of capacity. That is when a lot of new technology came in.

Q. What were the toughest challenges you faced?
The toughest challenges were to do with the regulatory environment. Some aspects are difficult, like the manner in which customer acquisition forms are filled. India is constantly under threat and we need to be careful. Personal identification of people is a little uncertain. It is always a challenge to ensure that these records are maintained. Regulatory changes keep happening to seemingly benefit the customer and we have to be pretty fleet-footed to manage this. During the Hutchison days, there was a lot of negative talk about the company and it being owned by a firm called Orascom; as executives we felt a little weird. At the end of the day, seeing the massive edifice that you’ve built is a matter of immense pride.

Q. Why did you move on soon after being promoted to the post of chief commercial officer?
The process of change started in my mind last November. That was when I turned 48 and thought I’ve another 10 years to go officially. What do I want to do in the next 10 years was the question in front of me. I saw Vodafone and it was a bit like driving QE2—a big ship—but it is well-run, so all you do is sit in your cabin. Vodafone has all the systems and processes in place. Moving on was a very difficult decision. When I looked at different businesses, health care was the one that attracted me. I didn’t want to join another large company. With all the travelling I’d done, I came across a developing technology that was based on creating connectivity platforms that would enable health care to be provided at remote locations. That’s what I plan to do now.