Roses tops the most selling flower list across the country 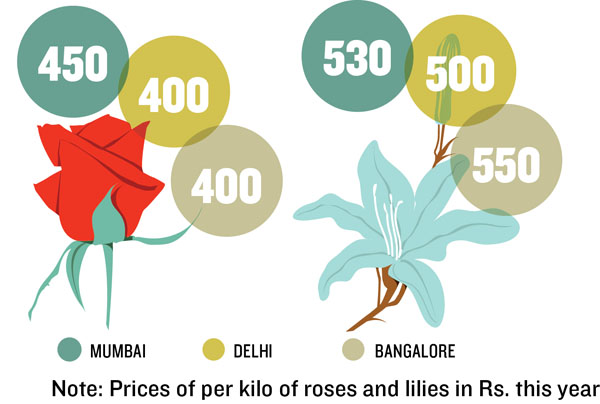 It’s springtime. Love is in the air. We decided to take a look at what flowers are selling the most during this period. We did a dipstick survey across Mumbai, Delhi and Bangalore. It was no surprise that roses topped the list in all cities. Lilies were next followed by a bunch of other beauties but they were too far down the line to write of.

Prices of both roses and lilies have gone up by 10-15 percent though the quantity sold hasn’t increased that much. It’s almost negligible in fact.