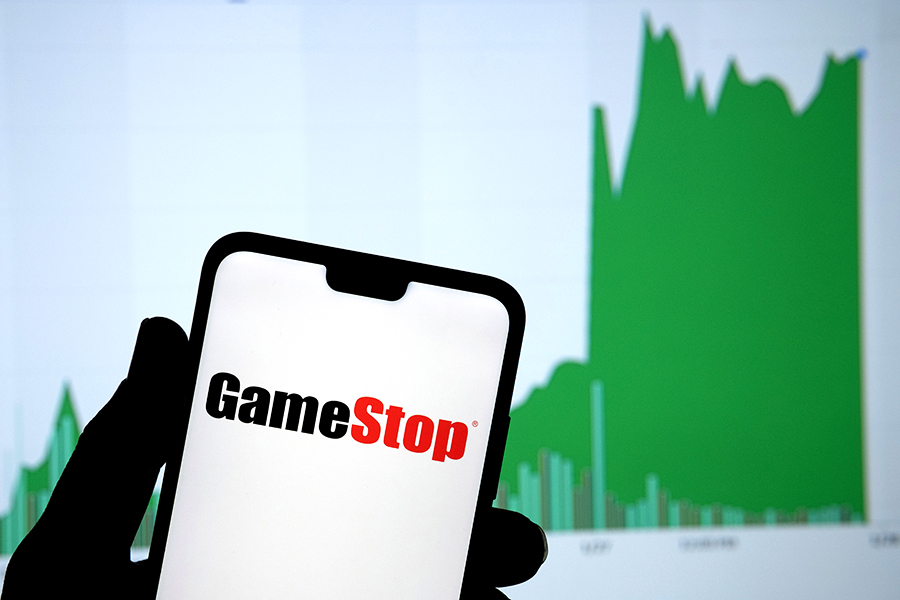 It may take months to fully unpack the GameStop stock frenzy and its fallout.

But even as events were unfolding, the capacity for individual investors to move the market had become quite clear, said Campbell Harvey, a finance professor and researcher at Duke University’s Fuqua School of Business.

“For years, the retail investor has been marginalized and the market has been dominated by institutional investors,” Harvey said. “However, I think we've seen a change. The tide is going out and the power of the retail investor should not be underestimated. And we have seen that they can exercise substantial influence over prices.”

An unprecedented event
Media reports credit a Reddit online forum for the GameStop stock spree, saying it began as an attempt by individual investors to burn hedge funds that had bet against the video game retailer.

Within days, GameStop’s share prices exploded – as much as a 1,700-percent increase at one point, as reported by The New York Times – and triggered billions of dollars in losses for short sellers.

Harvey likened the group of retail investors who triggered the spike to a “decentralized hedge fund.”

“You have a large group of people – the so-called small retail investors,” he said. “Any one of them can’t really influence the price. But you put them all together, and they can have substantial influence… [they have] the power of a large institutional investor.”

The quest for efficiency
With individual trading on retail apps such as Robinhood comprising as much as a quarter of a day’s market volume, that influence is likely to grow.

However, such ‘wild volatility’ and deviations from a firm’s fundamental value invite questions about whether the market is becoming less efficient, Harvey said.

The popularity of apps such as Robinhood also highlight other inefficiencies, Harvey said, because of there are so many intermediaries handling each transaction.

Two days could pass between the moment a user swipes ‘buy’ or ‘sell’ in the app and the moment ownership of the stock is transferred from the seller to the buyer. This, plus all the required regulatory activities, add to delays and potential problems, Harvey said.

All of these ineffeciencies together could push us farther down the path to decentralized financial systems, or “DeFi,” he said.

“To me, when you put this all together, it’s  the expected evolution of finance, and that’s towards a more decentralized way to do finance, where people are interacting between peers rather than through middle people,” said Harvey, who has published recent research on decentralized finance and has a forthcoming book on the topic.

“When you actually do the transaction, you simultaneously settle the transaction,” Harvey said. “There is no two day delay. So I'm excited about this direction in decentralized finance, and I believe that this episode is an example of the importance of this innovation.”

Other issues for brokers
During the GameStop spree, brokers including Robinhood stopped users from purchasing GameStop stock, raising legal and ethical questions from users and regulators.

The company’s call on investors for emergency cash raises concerns about how the firm is calculating risk, Harvey said.

“The surprise to me is that Robinhood wasn't doing these calculations in real time,” Harvey said. “The formula’s not secret. I think like any basic risk management process, they need to be figuring out what the capital requirement actually is. They were blindsided and it doesn't make any sense to me. We are going to learn more about this, but to me, it is very straightforward. It is a failure of risk management.”

Harvey said the incidents also illuminated for retail investors how brokers make money off of their stocks by lending users’ shares to short sellers, he said. He compared it to allowing a rental company to rent out your vacation home while you’re not using it, but the rental company keeping 100% of the rental income.

“In the future, I believe brokers will be obligated to share most of those proceeds with the owners of the stock,” Harvey said.
Contact Info

Tweets by @forbesindia
Forbes India Presents Memory Drives The Data-Centric Economy Powered By Micron Technologies
Photo of the Day: The joy of up'Root'ing