Gold prices surged last year, but it may not be the inflation hedge many investors are betting on 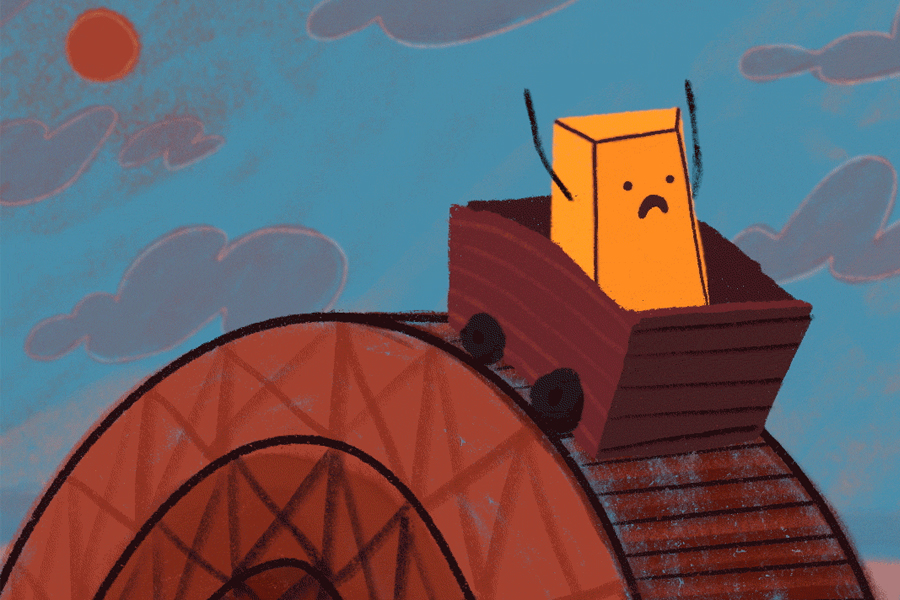 As financial markets sank in the spring of 2020, investors turned their attention to gold.

Gold has long been considered a safe haven during economic crises and a hedge against unexpected inflation. And it's true, according to research from Campbell Harvey, a finance professor at Duke University’s Fuqua School of Business – gold is an inflation hedge over the very long term; that is to say, over the course of centuries.

However, over shorter spans, as Harvey indicates in new research in the Financial Analysts Journal, gold is about as volatile as the S&P 500 – much more volatile than inflation, and therefore too unreliable to be an efficient hedge against it, he explained in a recent discussion on LinkedIn Live (see video below).

In the paper, titled “Gold, the Golden Constant, and Déjà Vu,” Harvey and co-authors Claude Erb and Tadas Viskanta examined correlations between gold’s price changes and surprises in inflation over one-year periods.

“Ideally, you want a positive correlation,” Harvey wrote in a summary of the findings. “When inflation surges you want gold to rise. We found no correlation.”

The researchers also considered how bond yields might signal investors’ expectations for a surge in inflation, but correlations between yields and gold prices are mixed depending on the period being reviewed, he said.

The new gold rush
If gold proves not to be a safe haven or inflation hedge, there must be another reason prices have surged during the pandemic, Harvey said. He suggests it’s simply a risk asset investors have sought, hoping to turn a profit.

The March market downturn was due in part to investors dumping risky assets and fleeing to more stable investments, such as bond funds and Treasury securities, he noted.

“And did gold provide a hedge? No. It dropped just like the stock market, indeed -- about the same amount,” Harvey said.

Then, as outlooks improved in April, investors flocked to gold and stocks, driving prices to near record highs. On August 6, 2020, when Harvey and his co-authors first published their research online, gold was priced at $2,069 per troy ounce, and investors continued to buy.

“As bandwagon investors join the party, they create their own truth for a while,” Harvey said, citing a famous quote from Warren Buffet. “People are investing in gold, the price is going up. Others see the price going up and they join the party and buy more gold… the price goes up, basically validating your investment thesis – until it doesn’t.”

Gold’s availability as an ETF and in the retail investing environment makes it more accessible and easier than ever to hold, Harvey said. But with 3,000 years of data the precious metal, it is still poorly understood by investors, he said.

What goes up must come down
In terms of its real value, gold remains relatively constant, Harvey noted. In ancient Rome, a centurion or military commander was paid 38 ounces of gold, which is roughly equal to the wage of a U.S. Army captain in today’s dollars, based on gold’s market price, he said.

“Over the long term, the real return is zero,” which means that gold holds its value over the very long term, Harvey said.

“The question is, when does it revert?” Harvey said. “There’s no theory for that. We are not in a position to give investment advice, but we can make a statement, based on a simple model, that gold seems expensive.”

Outcomes from previous peaks have not been positive for investors, he noted. Gold prices peaked in January 1980, but dropped 55 percent over the subsequent five years. In August 2011, gold peaked, then dropped 28 percent in the five years afterward.

This gold peak may turn out differently for investors, Harvey said, but it’s considerably risky.

“If the inflation adjusted price of gold reverts to the long-term average, then gold will fall,” Harvey wrote in one summary of his research. “If investors are overwhelmed with ‘irrational exuberance’ and continue to buy gold, there will eventually be a correction when the party ends.”

Tweets by @forbesindia
Dr Sudipta Sarangi: Why we like free stuff, and the economics of other small things
Photo of the Day: Festivities during the pandemic