Corporate leadership is essential to a sustainable future, researchers say 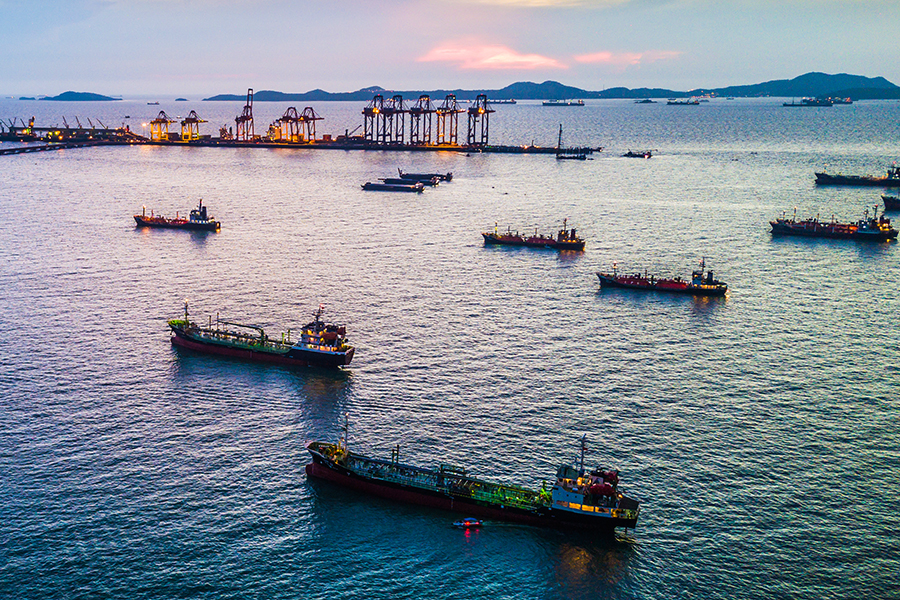 A relatively small cohort of companies generates more than half the annual revenues in the ocean economy, according to new data from Duke University's Fuqua School of Business.

Dubbed the “Ocean 100,” these transnational companies collectively earned $1.1 trillion in revenues in 2018, according to the report published in the journal Science Advances.

That sum represents about 60 percent of total revenues from ocean-based economic activity in 2018, the most recent data available. If the group were a country, its gross domestic product would roughly equal that of Mexico, the researchers noted.

The report offers new implications for the sustainability of the world’s oceans and the industries that depend on them.

“Oceans will be increasingly central to the global economy in the 21st century,” said Dan Vermeer, executive director of Fuqua’s Center for Energy, Development and the Global Environment (EDGE) and a co-author of the study. “One of our biggest challenges is to sustain healthy ocean ecosystems as economic use increases and climate impacts accelerate. This study confirms that a relatively small number of companies will be central to this challenge, and have a real opportunity for leadership.”

Vermeer collaborated on the research with colleagues from Duke University’s Nicholas School of the Environment, the Nicholas Institute for Environmental Policy Solutions and Stockholm and Uppsala universities.

Offshore oil and gas companies dominated the Ocean 100 list with a combined revenue of $830 billion. Danish shipping conglomerate A.P. Møller–Mærsk took the No. 9 slot as the only top-10 company not in the oil and gas industry.

Just as a few major firms controlled a significant portion of overall revenues, only a few companies dominated each of the eight major ocean-based industries. The 10 largest companies in each industry took an average of 45 percent of their industry’s total revenues, the data showed.

Regulation challenges
The Ocean 100 offers a way to understand how a few multinationals can exert tremendous influence in the ocean economy and why that matters for sustainability, Vermeer said.

“The highly concentrated nature of ocean-related industries can be both a barrier and an opportunity for ocean sustainability,” Vermeer said. “On one hand, these keystone players have the market power and political power to resist change, exclude innovators and block new regulations. On the other hand, a few players working together can effectively change the rules of the game and rapidly bring new approaches to scale.”

Still, there are risks that may compel these firms to expand their sustainability efforts, the authors noted. Because nearly two-thirds of the Ocean 100 are publicly listed companies, stock exchanges and shareholders expect these firms to be more ambitious and transparent in addressing sustainability in their operations and global supply chains, the researchers said.

“The next decade is crucial for the future of the oceans,” Vermeer said. “Threats from climate change, eroding biodiversity, plastic pollution, and industrial uses are increasing every day, and so are the expectations of governments, investors, and the public. The ocean’s largest companies have a unique opportunity now to be part of the solution.”

The research was funded by the Nicholas Institute for Environmental Policy Solutions at Duke University, Walton Family Foundation (2018-1371), The David and Lucile Packard Foundation (2019-68336), The Gordon and Betty Moore Foundation (GBMF5668.02), Erling-Persson Foundation and the Swedish Research Council (2015-743, 2014-5246).

Tweets by @forbesindia
Can single-language OTT platforms take on the streaming giants in India?
Photo of the Day: Shattering the dream