A bored China propels box office sales to a record

China's booming box office returns offered a promising sign for the global film industry, which has seen movie theaters decimated by the pandemic and has been racked with concerns about the future of moviegoing 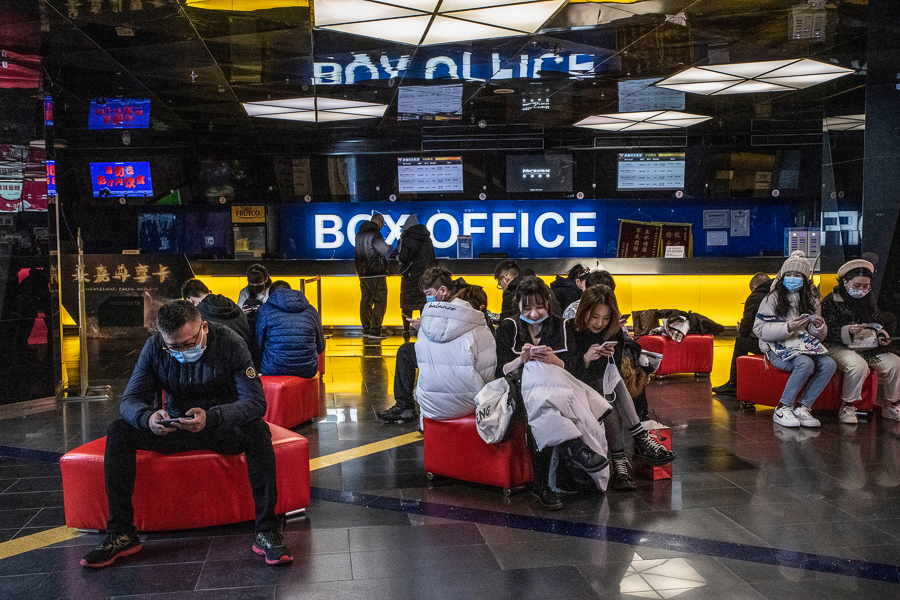 Moviegoers wait for their films to start at a movie theater in Beijing, Feb. 15, 2021. Hundreds of millions of people are stuck in cities around China during this Lunar New Year holiday, as coronavirus restrictions put a halt to a travel season that is usually the world’s largest annual migration — instead, they are going to the movies.
Image: Gilles Sabrié/The New York Times