A new study suggests that Chinese malware was flowing into the control systems that manage electric supply across India, along with a high-voltage transmission substation and a coal-fired power plant 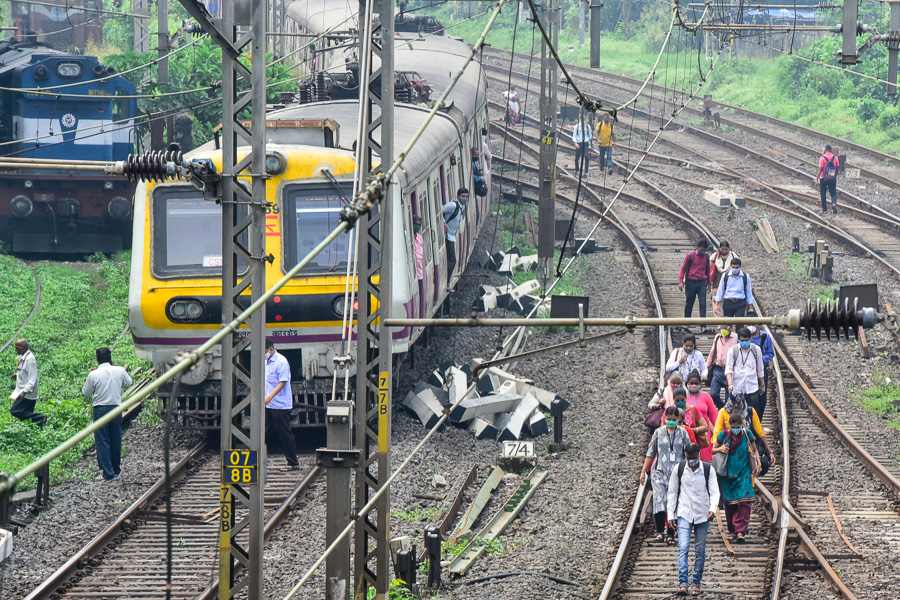 Passengers walk on track of Central Railway after power failure at Parel Station on October 12, 2020 in Mumbai, India. Grid failure caused a widespread outage in the Financial Capital of India and its suburbs affecting train services, delaying exams and causing traffic jams. Photo by Anshuman Poyrekar/Hindustan Times via Getty Images