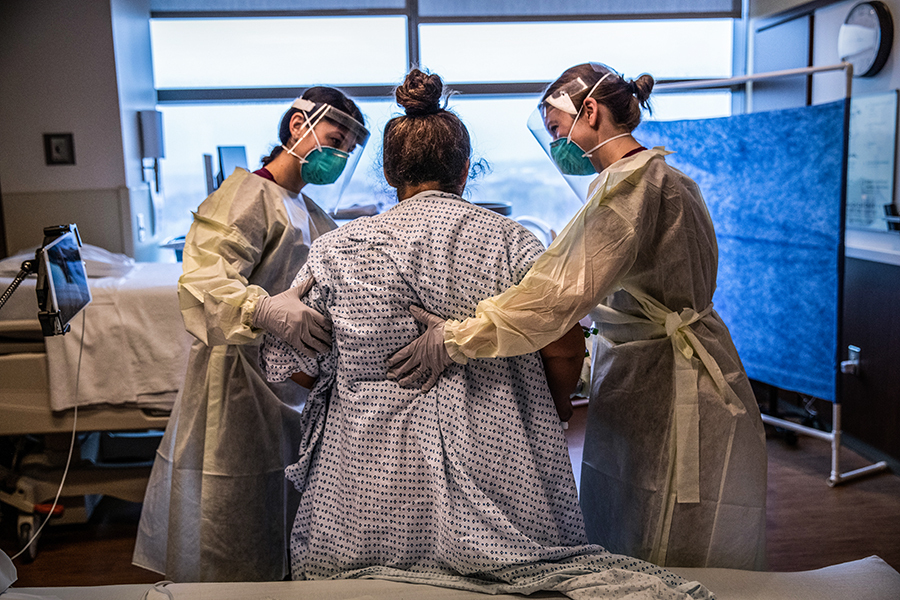 Hospital workers help COVID-19 patient and Guatemalan asylum seeker Zully to take her first steps after being removed from a ventilator at a Stamford Hospital ICU on April 24, 2020 in Stamford, Connecticut.
Image: John Moore/Getty Images